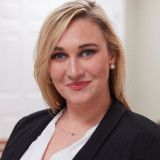 Claimed Lawyer Profile
Kathleen Coffey Thompson
Louisville, KY Lawyer
(502) 253-9110 13113 Easpoint Park Blvd
Ste. A
Louisville, KY 40223
Show Preview
View Lawyer Profile Email Lawyer
Attorney Kathleen Thompson (formerly known as Kathleen Coffey) is a dedicated trial lawyer who has focused her practice on helping injury victims seek justice for a variety of personal injuries including medical malpractice and nursing home abuse. She earned her Juris Doctorate from the University of Kentucky College of Law. After Attorney Thompson graduated, she went on to clerk for the U.S. Magistrate Judge Edward B. Atkins in Pikeville, Kentucky. In this capacity, she performed extensive legal research and writing while acquiring unique exposure to all stages of federal criminal and civil litigation. From there, Mrs. Thompson’s career soared as she began...
Compare Save 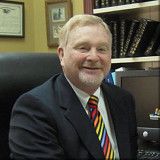 Claimed Lawyer ProfileSocial Media
Phillip Price
Huntsville, AL Lawyer with 43 years of experience
(256) 536-6000 217 Randolph Ave. SE
Huntsville, AL 35801
DUI & DWI
Show Preview
View Website View Lawyer Profile Email Lawyer
Phil Price is the senior partner of Price & Flowers Law Firm. Mr. Price has been representing citizens in the legal arena for over 30 thirty years. He is the only attorney in North Alabama who is Board Certified as a DUI Specialist. Mr. Price has represented more people accused of the offense of DUI than any other lawyer in North Alabama. His success rate is astonishing. He was the thrid attorney in the United States to become a Fellow of the National College for DUI Defense (NCDD) and served as Dean of NCDD in 1997-98. This organization was formed...
Compare Save

(6 Peer Reviews)
(214) 617-0227 3300 Oak Lawn Ave.
Suite 300
Dallas, TX 75219
Free ConsultationDallas, TX Attorney with 19 years of experience
Insurance Claims, Nursing Home, Personal Injury and Products Liability
Baylor Law School
Show Preview
View Website View Lawyer Profile Email Lawyer
Ryan L. Thompson is the Founder and Managing Partner of Thompson Law LLP. Ryan focuses on representing clients who have been wronged by the tortious acts of others, including cases such as catastrophic personal injury, wrongful death, products liability, pharmaceutical and medical devices, and other injury-related actions. Ryan is highly skilled trial lawyer who aggressively advocates on behalf of his clients who have been injured by another party’s negligent or wrongful conduct. Thompson Law has recovered over $1.8 billion net for its clients under Ryan’s leadership. Call today for a free consultation. You only pay if we win your...
Compare Save 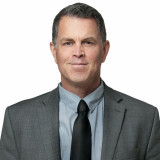 Claimed Lawyer ProfileOffers Video ConferencingLII GoldBlawg SearchSocial Media
Peter Thompson Esq
Lewiston, ME Attorney with 28 years of experience
(800) 804-2004 213 Lisbon St.
Lewiston, ME 04240
Free ConsultationOffers Video ConferencingVideo ConfEmployment, Medical Malpractice, Nursing Home and Personal Injury
University of Maine - School of Law
Show Preview
View Website View Lawyer Profile Email Lawyer
Peter Thompson has specialized in personal injury, medical malpractice, and employment discrimination law for over 25 years and has successfully resolved thousands of cases for his clients. Peter is "AV Preeminent" rated by Martindale-Hubbell ©, a well-respected peer review organization that rates lawyers based on input from judges and other esteemed members of the legal community. An AV Preeminent rating is awarded to the most outstanding lawyers in a particular field of law and is the organization's highest possible rating. He has also been designated a New England "Super Lawyer"© from 2007 to the present and is listed in U.S....
Compare Save

Claimed Lawyer ProfileLII GoldSocial Media
Lacey Thompson
Columbia, SC Lawyer with 10 years of experience
(803) 724-8916 2016 Lincoln St
Columbia, SC 29201
Free ConsultationCriminal, DUI & DWI, Domestic Violence and Traffic Tickets
University of South Carolina School of Law
Show Preview
View Website View Lawyer Profile Email Lawyer
Lacey Thompson is a dedicated criminal defense lawyer with offices in Myrtle Beach and Columbia, SC. She has focused solely on criminal defense in SC state courts for her entire career, and she is proud to say that she has never been and likely never will be a prosecutor.

She received her law degree from the University of South Carolina School of Law in 2013, and she is a member of the South Carolina Bar and the South Carolina Association of Criminal Defense Lawyers (SCACDL). She is a former board member for SCACDL, representing the 15th circuit which includes Horry and...
Compare Save

Mr. Thompson has been married for thirteen years and...
Compare Save 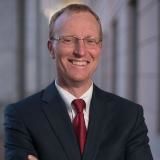 Prior to relocating to North Carolina, Mr. Thompson practiced a wide array of litigation in both Georgia and Florida, including...
Compare Save

Free ConsultationOffers Video ConferencingVideo ConfBankruptcy and Foreclosure Defense
Mississippi College
Show Preview
View Blog View Lawyer Profile Email Lawyer
OFFICE, VIDEO, AND PHONE CONSULT AVAILABLE: I spend two to four hours with you personally listening, planning, and preparing your best options. Video and phone consultations are possible. I have filed thousands of Chapter 7 and 13 cases, and now prepare only 3-5 cases per week. Other offices hand you over to a secretary, paralegal, junior attorney, or their children. I personally prepare your case. Compare our Avvo and Google ratings and results to the others.

Offers Video ConferencingVideo ConfCriminal, Immigration and International
Temple University Beasley School of Law and Villanova University School of Law
Show Preview
View Website View Lawyer Profile Email Lawyer
Tireless. Focused. Trusted and zealous advocate. Peter aggressively and creatively handles pressing legal matters, as he has for over 24 years. A trial attorney whose sole dedication is representing individuals, he is a recognized specialist is three distinct yet related areas: immigration, criminal law and trial advocacy. A dedicated representative of the people, he also trains other attorneys and judges and future lawyers in these matters. Honors graduate of Temple Law Trial Advocacy program, Professor of Law, Author, NITA faculty member. Even simple criminal and immigration matters are serious; work with someone with time-tested answers.
Compare Save 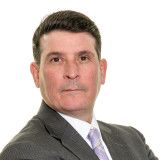 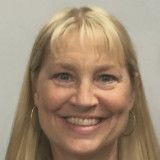