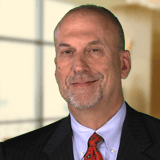 Claimed Lawyer ProfileSocial Media
Stephen I Leshner
Phoenix, AZ Lawyer with 44 years of experience
(602) 266-9000 1440 E. Missouri Avenue
Suite 265
Phoenix, AZ 85014
Free ConsultationAsbestos, Medical Malpractice, Personal Injury and Products Liability
Northeastern University School of Law
Show Preview
View Website View Lawyer Profile Email Lawyer
Steve Leshner has been practicing law in Arizona since 1976. He is a charter member of the first group of lawyers in Arizona in 1991 to be certified as a specialist in Injury and Wrongful Death Litigation. He is a Past President of the Arizona Trial Lawyers Association, has been included in Best Lawyers in America, named an Arizona Super Lawyer, is an Associate of the American Board of Trial Advocates, is AV-rated by Martindale Hubbell, and is a Life Member of the Million Dollar Advocates Forum. He is a co-author of the chapter on Negligence in the Arizona Tort...
Compare Save

Previously I have been employed by top Fortune 500 companies (Raytheon Company, Scientific-Atlanta (Currently Cisco), Intel Corporation, and RealNetworks) as an in-house corporate patent and trademark attorney and represented other major companies (Microsoft, IBM, GE, Lenovo, Amazon, HP, Infineon and Boeing) as an outside patent counsel. In April of 2006, I opened my own private practice with a focus on intellectual property services.

I...
Compare Save
FAQ Lawyers Get Listed