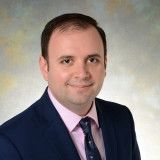 Claimed Lawyer Profile
J. Benjamin Lambert
New York, NY Lawyer with 8 years of experience
(347) 263-7260 New York, NY 10016
Business, Communications and International
Queen Mary University of London, University of Tulsa College of Law and Pace Law School
Compare Save
Show Preview
View Website View Lawyer Profile Email Lawyer
Ben is an accomplished attorney and businessman with a wide variety of experiences across the globe. His practice focuses on business, corporate and commercial law; contracts; technology; compliance; anti-bribery and corruption; and international law. He has worked with clients in numerous countries and has lived in the UK, Argentina, India, Myanmar (Burma), Vietnam and various parts of the US. Ben has worked with Baker McKenzie, Cravath Swaine & Moore, Ernst & Young, CloudLex, Lexvia and other organizations around the world.

He brings a solutions-oriented approach to the practice of law. Drawing on his years of experience in the both the legal... 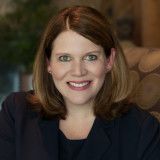 
Free Consultation Offers Video Conferencing Video ConfMedical Malpractice, Personal Injury and Products Liability
University of Tennessee College of Law
Compare Save
Show Preview
View Website View Lawyer Profile Email Lawyer
Laura Baker is a shareholder at The Law Offices of John Day, P.C., where she represents clients in personal injury, wrongful death, and tort litigation cases. Laura's reputation and experience have earned her several accolades. Most recently, Laura was awarded the "Rising Star Award" by the Lawyers' Association for Women in 2016. She was also recognized as an Athena Young Professional Award Nominee in 2016. In 2015, Laura was a winner of the Nashville Business Journal's “40 Under 40” award. Laura has been recognized as one of the “Best of the Bar” by the Nashville Business Journal in 2015 and... 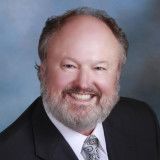 Claimed Lawyer ProfileLII GoldSocial Media
R. Steven Baker
Hoover, AL Lawyer with 26 years of experience
(888) 328-2400 3829 Lorna Rd
#302
Hoover, AL 35244
Free ConsultationMedical Malpractice, Nursing Home and Personal Injury
Birmingham School of Law (AL)
Compare Save
Show Preview
View Website View Lawyer Profile Email Lawyer
Steven Baker is the founding member of the Nursing Home Law Group, PC. NHLG is a firm which is dedicated to representing those and their loved ones whom have been seriously injured or killed due to the carelessness, negligence or abuse of others. He has spent his legal career representing individuals who have fallen victim to nursing home abuse, medical malpractice, hospital negligence and the carelessness of drivers and operators of motor vehicles, including 18-wheeler commercial trucks.

In 1978, after being born and raised in northwest Alabama, Steven joined and served in the United States Army as a combat... 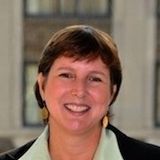 Some notable professional accomplishments and highlights include:

Winning a $5.4M verdict as lead counsel for a successful Northern Virginia internet technology company in an employment and trade secrets theft case in the... 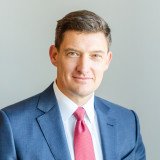 (1 Peer Review)
(757) 313-3000 272 Bendix Road
Suite 330
Virginia Beach, VA 23452
Free Consultation Offers Video Conferencing Video ConfVirginia Beach, VA Attorney with 11 years of experience
Bankruptcy
Regent University School of Law
Compare Save
Show Preview
View Website View Lawyer Profile Email Lawyer
Chris is an attorney in the Virginia Beach office where he meets with individuals and couples in need of financial help. He is known by his clients as a “friendly and compassionate” attorney who brings comfort and help to those going through difficult times. Since joining Boleman Law in 2015, he has helped thousands of people struggling with overwhelming financial problems. His reputation with his clients has earned him the AVVO Client’s Choice Award in Bankruptcy, and the Martindale-Hubbell Client Champion Platinum award. Chris’s reputation amongst fellow attorneys and judges has earned him a Martindale-Hubbell AV Preeminent Rating, to be...

Claimed Lawyer ProfileBlawg SearchSocial Media
Reese W. Baker
Houston, TX Lawyer with 42 years of experience
(713) 979-2279 950 Echo Lane
Ste 200
Houston, TX 77024
Free ConsultationBankruptcy, Business and Foreclosure Defense
Southern Methodist University
Compare Save
Show Preview
View Website View Lawyer Profile Email Lawyer
Reese W. Baker is a partner in the firm of Baker & Associates in Houston, Texas. He is board certified by the Texas Board of Legal Specialization in Business Bankruptcy Law and he is also board certified by the American Board of Certification in Business Bankruptcy Law. Mr. Baker has participated in numerous national bankruptcies. He has also served as in-house counsel for Summa Corporation in Las Vegas, Nevada. Mr. Baker has acted as attorney in charge for debtors and lenders, has represented trustees, creditors committees and retiree committees, and been actively involved in successful reorganizations around the country. He... 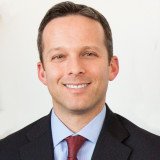 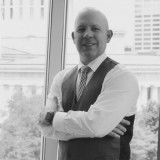 Communication is at the forefront of our operation. The number one complaint about lawyers across the profession is a lack of communication between attorney and client during the course of representation. Many personal injury firms assign "case managers" or other administrative staff to handle cases and field client calls. I assure you this is NOT... 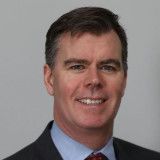 Free ConsultationBusiness, Elder, Estate Planning and Social Security Disability
Suffolk University Law School
Compare Save
Show Preview
View Website View Lawyer Profile Email Lawyer
Baker Law Group, PC with offices in Hingham, Plymouth, Holliston, and Brockton specializes in estate planning, elder law, asset protection and business law services, tailor-made to a client's particular needs and wishes. Our legal counsel is essential - whether you have a growing family, are planning to retire, are investing in property, or are starting or exiting a business - to protect your assets today and efficiently transfer your wealth tomorrow. 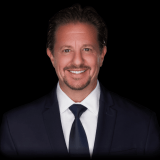 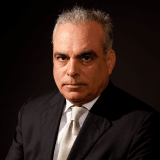 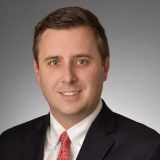 Free ConsultationUniversity of Mississippi
Compare Save
Show Preview
View Blog View Lawyer Profile Email Lawyer
John Baker joined Cooper Hurley Injury Lawyers as a new attorney in early 2018. John has roots in the Hampton Roads community. He was born and raised in Norfolk and graduated from Norfolk Collegiate School in 2002. 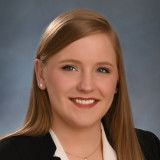 After college, Ms. Baker worked as a Private Wealth Management Administrative Assistant at Advantage xPO onsite at Goldman, Sachs & Co. in Boston, Massachusetts. She then transitioned to a position as a Wealth Management Professional in... 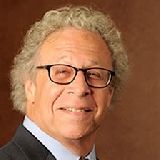 Free ConsultationPersonal Injury and Workers' Comp
The John Marshall Law School
Compare Save
Show Preview
View Website View Lawyer Profile Email Lawyer
Mr. Bennett Baker is a personal injury attorney at the law offices of GWC Injury Lawyers LLC that has been helping to represent the rights of the injured for more than 35 years. Throughout his career, Bennett has helped his clients to recover MILLIONS in compensation, including a $3.1 MILLION recovery for a 39 year old Hispanic man that was injured by a negligent motorist and a $2.6 MILLION recovery for a female that was hit in her vehicle by a County Sheriff. If you have been injured due to the negligence of another individual and require the services of... 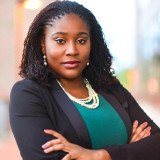 As a native of Kansas City she grew up as a part of the local music community. Studying under notable musicians, teachers, and Kansas City pillars, she is a musician and artist in her own right. She understands the perspectives and... 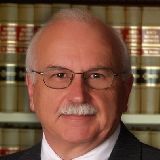 Bankruptcy, Business and Real Estate
The University of Chicago Law School
Compare Save
Show Preview
View Website View Lawyer Profile Email Lawyer
Gary H. Baker, P.A. is a full-service law firm which represents clients in a number of areas concerning consumer debt. Our consumer debt practice is primarily focused around bankruptcy filings, foreclosure defense, collection accounts or other civil law suits, and mortgage modifications. Mr. Baker has over 35 years of experience assisting clients. He has represented consumer debtors, as well as privately and publicly traded companies. A graduate of the University of Chicago Law School, following his undergraduate degree from the University of Oklahoma, Mr. Baker is admitted to practice law in both Florida and Oklahoma.

Melbourne, FL Lawyer with 22 years of experience
Business, Construction and Employment
Florida State University College of Law
Compare Save
Show Preview
View Lawyer Profile Email Lawyer
Mr. Baker has been a first and second chair litigator for over 20 years. He has litigated a wide variety of employment law claims in state and federal courts involving Title VII of the Civil Rights Act, the Florida Civil Rights Act, the Fair Labor Standards Act, the Family Medical Leave Act, the Americans with Disabilities Act, the Age Discrimination in Employment Act, and the Civil Rights Act of 1866. He has also litigated retaliation and whistleblower claims under various state and federal laws. Mr. Baker has extensive experience in the drafting and review of employment contracts,...
Next
FAQ Lawyers Get Listed