For roughly half of his career, Mr. Banner represented the people of New Mexico as a government attorney: he served first as an Assistant District Attorney prosecuting criminal cases; he went on to advocate for the public's interests in utility and insurance rate-making proceedings; most recently, he served as prosecutor for the New Mexico Medical Board in licensing and disciplinary cases.

Now in private practice, Mr. Banner is continuing his successful litigation practice while also offering counseling and advice...
Compare Save 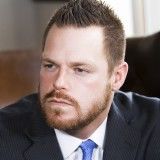 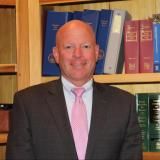 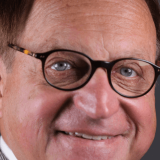 Claimed Lawyer Profile
John G Banner Esq
Cincinnati, OH Lawyer with 44 years of experience
1136 Clifton Hills Avenue
Cincinnati, OH 45220
Free ConsultationEstate Planning and Personal Injury
Georgetown University Law Center
Show Preview
View Lawyer Profile Email Lawyer
I provide my clients with direct and individual legal representation. Your matter is handled by me personally, and not by a law clerk or by a paralegal. I offer a practical approach to the practice of law which is results-oriented. Achieving the desired outcome of your legal matter is my goal, in a timely and cost efficient manner. I welcome the opportunity to be of service to you. The wealth of my legal experience will hopefully guide you through your situation in reaching a successful resolution.
Compare Save 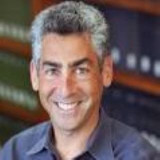 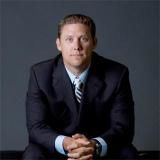 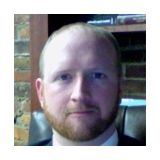 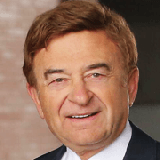 Claimed Lawyer ProfileLII GoldSocial Media
Ronald J. Resmini
Providence, RI Lawyer with 52 years of experience
(401) 751-8855 155 S Main St #400
Providence, RI 02903
Free ConsultationAsbestos, Medical Malpractice, Personal Injury and Workers' Comp
Suffolk University Law School
Show Preview
View Website View Lawyer Profile Email Lawyer
When he was on leave from the United States Army Security Agency, Ronald J. Resmini was sworn in before the Bar in June of 1969. Soon after, he began a clerkship with the Rhode Island Supreme Court under Justice William E. Powers. Having gained valuable experience in this position, Ronald later formed his own law firm, Law Offices of Ronald J. Resmini, LTD. Today, his three sons work alongside him as they together to obtain justice and compensation for their injury clients. Outside of the firm, Ronald has produced more than 20 legal handbooks, and has written several publications, including...
Compare Save

Mr. Shipley focuses his practice in civil litigation involving complex commercial, construction, construction defect, insurance, professional liability and tort litigation and general business counseling, as well as Mediation and Alternative Dispute Resolution. An experienced trial attorney, he has in excess of 100 cases to verdict and has successfully argued cases in the Illinois Appellate Court.

Mr. Shipley has been awarded the AV® Preeminent Peer Review Rating™...
Compare Save

Free ConsultationOffers Video ConferencingVideo ConfCivil Rights, Employment, Medical Malpractice and Nursing Home
Southwestern Law School
Show Preview
View Website View Lawyer Profile Email Lawyer
Ed Fox received his undergraduate degree from the University of Illinois in 1976 and obtained his law degree from Southwestern University in 1985. For the past 20 years, the first 10 in Los Angeles and the second 10 in Chicago, Ed has worked for those whose rights were violated by those in a position of trust or authority, such as nursing homes, police officers and employers.

In 1996, Ed came to Chicago, his original hometown, and began practicing here. In 1999, he started his firm, Ed Fox & Associates, Ltd. with one other lawyer.

Ed's work philosophy is to litigate his cases...
Compare Save

Free ConsultationCivil Rights, Employment and Nursing Home
St. John's University School of Law
Show Preview
View Website View Lawyer Profile Email Lawyer
Garrett W. Browne has been with Ed Fox & Associates, Ltd. since the firm's inception in 1999. While attending law school in New York City, Garrett concentrated his academic studies in labor and employment law while working as an intern for the U.S. Department of Labor, and law clerk for the Mayor's Office of Labor Relations for the City of New York. After graduating from law school, Garrett moved to Chicago to pursue his interest in litigating the claims of individuals who have had their dignity and basic rights violated by government, law enforcement, employers, and nursing homes.

While Garrett has...
Compare Save

Prior to beginning his law practice, Mr. Miller served as an officer in the corporate trust and investment banking groups at major...
Compare Save 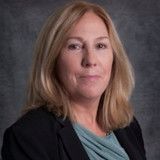 Free ConsultationMedical Malpractice, Nursing Home and Personal Injury
Southwestern University School of Law
Show Preview
View Website View Lawyer Profile Email Lawyer
Robin A. Grinnalds received her undergraduate degree from the University of Connecticut in 1977 where she majored in nursing and her law degree from Southwestern University School of Law in 1985. After graduating from the University of Connecticut with a Bachelor of Science degree, she became licensed as a Registered Nurse. As a nurse, Robin worked in hospitals in Connecticut and California for several years before entering law school. While a student at Southwestern University in Los Angeles, Robin interned for United States District Court Judge, Robert J. Kelleher and the Los Angeles chapter of the American Civil Liberties Union...
Compare Save
Next
FAQ Lawyers Get Listed