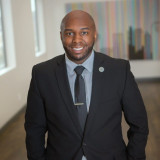 Yvette S. Trevino is an attorney at McCormick Law Firm, based in our San Antonio office. Since being admitted to the State Bar of Texas in 2013, she has negotiated millions of dollars in settlements for her clients. In her time at McCormick Law Firm, clients have praised her for going above and beyond to make sure they were taken care of.

Ms. Trevino received her Juris Doctor from St. Mary’s University School of Law in 2013. While at St. Mary’s, Ms. Trevino was a member of Phi Delta Phi International Legal Honor Society and received the Pro Bono award. Ms. Trevino received her Bachelor of Arts in Political Science from the University of Texas at San Antonio, where she was on the Honor Roll, Dean’s List and was a member of Pi Sigma Alpha, a national political science honor society.