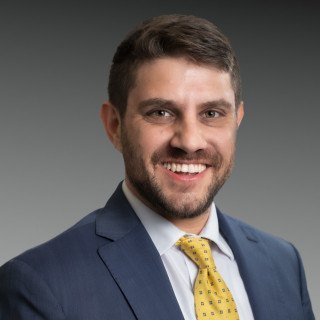 Yanky Perelmuter started his legal career at one of the fastest growing corporations in the United States, an Inc. 5000 and Fast 55 company. There he learned the intricacies of law and business from some of the most talented and capable lawyers and business people in the United States. Since then he has proven to be an extremely capable and expert lawyer.

Yanky believes we all have an obligation to make the world a better place, and that by positively impacting the life of a single person we can change outcomes for many people. That is why he became a lawyer – to help people at a fundamental level, and make the world a better place. As an immigration lawyer focusing on business and employment immigration he has positively improved the lives of many amazing people. He has assisted internationally recognized researchers with visa petitions so they can provide the highest level of research to sick adult and children, he has reunited families, and helped new families begin the journey of life.

Yanky completed his studies at Salmon P. Chase College of Law, and has been practicing law exclusively ever since. He has won major approvals from the Department of Homeland Security, and secured visas for hundreds of individuals and families from around the world.

Yanky is licensed to practice law in Kansas, Ohio, and Kentucky, as well as all 50 states and around the world for immigration matters.

Ohio
Supreme Court of Ohio Office of Attorney Services
Since 2015

Introducing www.usaimmigrationconsultation.com! The best way to speak with an immigration lawyer.

Q. Status adjustment through marriage with US citizen
November 1, 2020
A: It is difficult to determine what issues one would encounter during the immigration process without very particular details regarding the applicants entry, applications submitted, immigrations history, etc. Regarding employment questions on Form I-485, check the USCIS Policy Manual at https://www.uscis.gov/policy-manual/volume-7 for information related to your situation and employment authorization. Additionally, the form instructions have very good guidance on the process. I highly recommend engaging a competent immigration lawyer to assist with your petition and application.

Q. My neighbor is an 18 year old female who was adopted from Russia when she was about two years old. She lives in Avon OH
April 7, 2020
A: She will need to retain a lawyer to properly determine the best options for her. She may or not be a U.S. citizen and there are many factors to consider when determining which process she should take.

Q. Must I return to Europe after petition approval?
May 9, 2019
A: There could be a number of reasons why USCIS is notifying you regarding consular processing. It is unlikely, but it could be as simple as an error on the form where you checked the box for consular processing. Or there is some underlying reason why you are not eligible for adjustment of status - such as a violation of the 90 day rule. Contact a competent immigration lawyer to review your documents, submission, and notices.