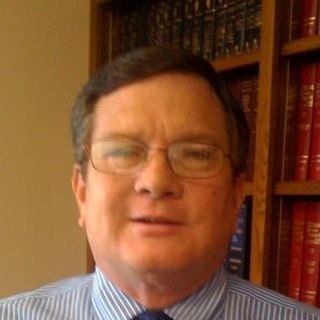 William V. McGrath is a native of the Chicago area, residing in DuPage County since 1985. He studied History and Political Science at Marquette University , receiving his Bachelor of Arts degree from the University in 1973. Mr. McGrath was awarded his law degree from John Marshall Law School in 1977. He was elected to that law school's Law Review in his second year, graduated in the top 10% of his class, and received his degree cum laude. From law school Mr. McGrath joined a boutique civil litigation firm on LaSalle Street in Chicago , and began practicing state and federal business, real estate and construction litigation and transactional law. Mr. McGrath became a partner in that firm prior to opening his own law offices in the Chicago loop.
As the principal of his law offices, Mr. McGrath was responsible for all aspects of that practice, including client counseling, legal drafting, contract negotiation/drafting, deposition, motion, trial and appellate practice in Cook, DuPage and Will counties. He also appeared in Federal trial and appellate courts. He was trial and appellate attorney in the Federal District Court and 7th Circuit Court of Appeals for the successful plaintiffs in Boden v. McCain, collecting a $6 million recovery cited by the Jury Verdict Reporter and Chicago Daily Law bulletin as a top 10 business verdict of the year. In 2005, Mr. McGrath was appellate counsel in obtaining reversal of an adverse trial court judgment in a commercial real estate brokerage commission case involving the sale of a parcel of real estate valued at $10.8 million. On retrial, Mr. McGrath obtained judgment in favor of the real estate broker in the amount of $540,000 based on implied contract. Recent trials to verdict include cases involving claimed prescriptive easement on commercial real estate, and breach of builder's implied warranty of habitability.
Mr. McGrath has long represented one of Chicago 's largest commercial roofing contractors. In the course of that representation he has been involved in mechanic's lien and construction litigation involving McCormick Place, 2 Prudential Towers, the Hotel Sofitel, 900 N. Michigan Avenue, Millennium Park and numerous public and university construction projects. He represents the Chicagoland Roofers Joint Apprenticeship & Training Committee of the Roofers Union and Illinois Roofing Contractors, and a major national roofing materials company.
In his leisure hours, Mr. McGrath enjoys playing piano and golfing.