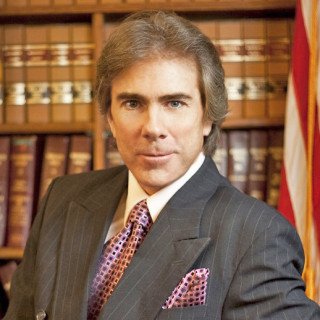 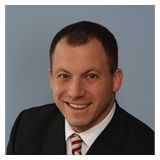 Attorney Kickham is dedicated to his clients, takes great interest in his cases and greatly contributes to the legal community.
Read All Lawyer Reviews
Client Reviews
Reviewed by Derek S. February 17, 2021
Dynamic Duo to the Rescue!
I was involved in a motor vehicle accident in the Boston metropolitan area. The other driver was employed by a business, and due to the negligence of the other driver I sustained multiple serious injuries. Soon after the accident I talked to a number of Law firms about this accident, but as soon as those other lawyers heard that my case involved a business vehicle, and knowing that my case would be an extremely difficult task to win, all the other lawyers ran for the hills. On the other hand; the Law Offices of William D. Kickham and Associates took the time to listen to the details of my accident, then William Kickham explained the difficult road ahead for us and brought in his colleague Atty. Frank Prokos. I call this team the Dynamic Duo, together they have what it takes to take on the toughest of injury related cases, together they form a formidable One Two Punch. Together they have the insurance industry expertise to negotiate settlements, and if necessary they will fight through the bloodiest of drag out Court battles... without going into any further detail regarding my case, I'll just say that my case has come to it's conclusion... and I'm very happy that I called the Law Offices of William D. Kickham and Associates.
View More ›
Reviewed by Alyssa N. September 30, 2020
Professional and efficient - would recommend!
Mr. Kickham was incredibly kind and professional. I was thoroughly pleased with his work and diligence, and my August 2020 court outcome (traffic violation) was favorable to me. Our virtual interactions were also quite seamless, and there were no in-person meetings required. I would recommend him to anyone else without hesitation!
View More ›
Read All Client Reviews
Badges
Claimed Lawyer ProfileOffers Video ConferencingQ&ALII GoldBlawg SearchSocial Media
Biography

Attorney William Kickham has more than 20 years of legal practice from diverse positions in law and media, providing counsel on a wide range of legal and trial issues, in both the civil and criminal arenas. Mr. Kickham presently practices law in his own firm in Westwood, Massachusetts, and until recently was the Executive Producer and host of his own TV talk show, At The Bar, previously broadcast on the Comcast network in the suburban Boston market, discussing a variety of legal and litigation issues within Massachusetts and nationally.

In his diverse legal roles, Mr. Kickham has served as the New England Regional Manager for the Insurance Information Institute, a nationwide trade association of liability insurance companies. In this capacity, Mr. Kickham acted as the Institute’s chief spokesperson to all media, industry and opposition groups having an interest in the industry’s legal and litigation issues. Within his role, Mr. Kickham worked with and appeared in all major print, radio and television media throughout New England, as well as in national publications such as USA Today, The National Law Journal, Lawyers Weekly USA, The Wall Street Journal, and The New York Times.

Prior to his association with the Institute, Mr. Kickham served as Public Affairs Counsel for the Massachusetts Academy of Trial Attorneys (MATA), in Boston. MATA is a specialty bar association, and is the state chapter of the American Association for Justice, (for many years formerly the Association of Trial Lawyers of America (ATLA). Mr. Kickham was responsible for media relations on all legal and trial issues, insurance liability, tort reform and civil justice issues. He directed all media coverage and commentary for the association, and served as Editor-In-Chief of all news operations. He regularly appeared in major print and broadcast media, regionally and nationally.

While attending Suffolk University Law School, Mr. Kickham also served on the House Judiciary Committee within the Massachusetts House, where he was Communications Coordinator for legal and legislative matters before the Committee. Prior to entering Suffolk Law School, Mr. Kickham directed media relations and communications strategy within a statewide coalition to reform auto insurance in Massachusetts, where he communicated complex legislative issues to a wide variety of media. Mr. Kickham is a former Special Assistant District Attorney for Norfolk County in Massachusetts, and has tried numerous criminal cases, as both prosecutor and defense counsel.

Mr. Kickham holds a degree in Economics from Boston College, and a Juris Doctor from Suffolk University Law School. He is a member of the Massachusetts and Federal Bars, was a 1982 award recipient from the Outstanding Young Men of America, and a scholarship recipient from Suffolk University Law School. In addition to serving as the host of his own talk show, At The Bar from1995 to 2005, Mr. Kickham has appeared as legal analyst and commentator on Court TV, and appeared as spokesperson and legal commentator in The Boston Globe, The Boston Herald, WBZ-AM Radio, WCVB-TV, WBZ-TV, WHDH-TV, and New England Cable News, discussing a wide variety of legal issues and organizations. In addition, he has worked with such national news organizations as USA Today and 60 Minutes, in briefing researchers and producers on legal issues.

Mr. Kickham resides with his wife Debbi in Westwood, Massachusetts.

Award
Outstanding Young Men of America
1982
Award given to young men between ages of 18 -25 who have demonstated outstanding civic and/or charitable involvement in their communities.

Who's Who in America
International Who's Who

Q. Boyfriend is in litigation with an old business partner/girlfriend. She was granted an order of protection against him.
16 September 2019
A: I'm surprised that your question says that "His attorneys are making it sound like he has no chance". It's not clear to me if those attorneys are licensed in AZ or MA, but my professional opinion - based on the information you've provided above - is that the person has a more than fair chance of defeating an extension order here. First, some statutory and procedural background of Massachusetts law in this regard: I'm not 100% sure what you mean in reference to "OOP" above, but in MA a "restraining order" as they are commonly referred to, is technically called an "Abuse Prevention Order". These orders are governed by M.G.L. Ch. 209A, and are also, within the courts and police departments, referred to as "209A Orders". Anyone can go to any District Court in MA and apply for such an Order - it merely involves filling out a standard form, along with an accompanying affidavit outlining the reasons the Order is sought. Almost always that same day, the applicant will be heard on the application before a judge "Ex Parte". This means without the opposing (or accused) party being present. Given the politically hot topic of domestic violence, about 95% or more of Ex Parte 209A orders are granted -- but they are almost always Temporary Orders; They are granted Ex Parte are usually for a period of approximately ten (10) days, after which the Temporary Order will expire if it is not made "permanent" (usually a period of one year) at a hearing scheduled near the end of that ten day period, which both parties are summoned to. The accused is served written notice of the Temporary, usually by a police officer, at his/her residence or work address, giving the accused the date, time and court location where a second hearing will be held with both parties present. The purpose of this second hearing, of course, is to give the accused notice and opportunity to be heard before the Temporary Order is acted on through either dismissal or extension. To legalities: The issue of whether or not these two people were in a "dating relationship" is primary to your question, because if they were in fact NOT in such a relationship at the time of the alleged act(s), then M.G.L. Ch. 209A would not apply, because that statute applies to defined "family members" and to parties in a "dating relationship". If the relationship element is not proven, it precludes issuance of an Abuse Prevention Order. Thus, on an evidentiary level, evidence to counter that claim could be dispositive. If that element of the claim could be proven false, it would likely prevent an Abuse Prevention Order from issuing. However, if extension of the 209A is denied, the accuser could use another statute, but that would pose a higher bar for the accuser to reach in order to obtain "relief". That legal avenue would be to seek a "Harassment Protection Order", under M.G.L. Ch. 258E. This law was passed in the wake of a victim being murdered by someone who was stalking her, but that person was not in any kind of a dating relationship with the victim. When the victim sought an Abuse Prevention Order under Ch. 209A, the Order was denied, because the accused was neither a "family member" (defined inside Ch. 209A), nor was the accused in a "dating relationship" with the victim. Therefore the Order was denied and tragically the accused killed the victim. M.G.L. Ch. 258E (commonly referred to as "the HPO statute" in MA), was designed to address that important gap. However, the accuser would have to prove three (3) separate instances/acts of "abuse, which is a higher bar to reach than under Ch. 209A. Importantly, under both of these statutes, while the issuance of an Order is not a criminal event, alleged violation of the Order is. All that a recipient of such Order need do is merely accuse the defendant of violating the Order, and he/she will be criminally charged with violating the Order. Thus, I would suggest that this person appear to oppose this matter.