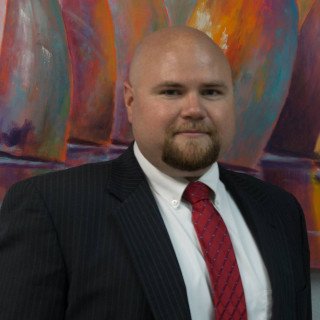 William "Bill" Cruse grew up in Pearl River County. He graduated from Picayune Memorial High School in 2001 and originally attended Pearl River Community College in 2003. He transferred to Mississippi College, where he graduated with a chemistry degree in 2005. Then, he graduated from the Mississippi School of Law in 2009 and began practicing that same year. His parents, Fred and Dianne Cruse, founded Fred’s Westside Pharmacy in Picayune, and his brother, Gordon Cruse, owns the pharmacy.

Bill spent 10 years in Jackson working as a youth minister and Director of Youth Ministries for the Episcopal Diocese of Mississippi before and during his time in law school. He then returned to Picayune to practice law. He enjoys helping clients through the process of estate planning, real estate, closing, and navigating business legal issues. He successfully guides clients through major life transitions so they can thrive in the future.

He and his wife Morgan Cowart Cruse were married in the summer of 2005 and they have three children. His family and his work in Jackson inspired him to move back home and help the people and businesses where he grew up. He doesn’t take this privilege and responsibility lightly. Bill is a member of Kiwanis and a lifelong member of Phi Theta Kappa and Phi Mu.