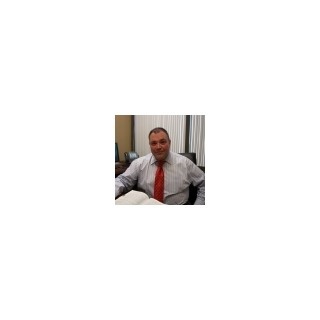 Vincent R. Ross has over 25 years of DUI and criminal defense experience.. Mr. Ross began his legal career defending clients accused of crimes in Southern California. His first defense verdict, obtained only months after being admitted to the bar, was on behalf of a homeless man who had been accused of riding public transit without a ticket. This was a pro bono matter, referred to Mr. Ross by a local homeless shelter. Many other clients accused of more serious crimes, including drug smuggling, robbery and attempted murder, were successfully defended by Mr. Ross in his early career. Thereafter, he spent a number of years as a trial attorney at the Southern California office of one of the nation’s largest law firms. There, he pursued damage claims in catastrophic loss cases including the Universal Studios fire and the Pepcon rocket fuel plant explosion in Henderson, Nevada which destroyed or damaged hundreds of homes. The resulting 71 million dollar settlement was groundbreaking at the time. He also obtained a multimillion dollar settlement on behalf of a widow and her 5 children whose husband and father was killed in an airline accident. In 1995 Mr. Ross established his own criminal defense practice. Soon thereafter, he defended the first case in the nation involving an alleged internet murder confession. The defendant, who had made incriminating statements in an online chat room while living in San Diego, was ultimately prosecuted in North Dakota. In connection with that case, Mr. Ross was featured on the front page of the New York Times, was interviewed by 20/20 and Dateline and appeared on various other national and local media. Although the case was heard in North Dakota, the impact was nationwide as there was a companion Federal prosecution. Mr. Ross also defended the first case in California prosecuted under the Sexually Violent Predator law. For an experienced criminal defense attorney call 619-838-2329

Attorney
DS Criminal Law Group
1987 - Current
I have represented over 4000 criminal defendants in 25 years of practice in cases ranging from drunk driving to murder. Call for a free consultation

The Death of Privacy and the Fourth Amendment
Self
February, 2012

Q. How do I get out of this catch-22 situation?
18 May 2012
A: Where are you located? Ordinarily you do NOT need a court order to enroll in the First Conviction Program as it is mandated by the DMV as part of the administrative per se license suspension even if there is no conviction for DUI. Contact us for a free consultation at 213-289-9400.

Q. Do I have rights of being under the influence of a controlled substance in my own home
17 May 2012
A: No.