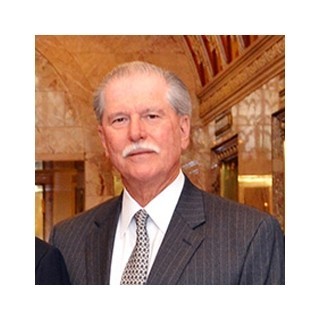 With more than 40 years of experience as a dedicated criminal defense attorney, Van Hilley confidently represents individuals from across Texas who have been charged with criminal offenses. He has diligently served as a respected member of Goldstein, Goldstein & Hilley through many complex and high profile cases, ranging from misdemeanor drug crimes to felony white collar fraud offenses. His many awards and leadership roles have made him an esteemed member of the legal community. In addition to practicing law throughout Texas courts, Mr. Hilley also is licensed to appear before the U.S. Court of Appeals 5th Circuit and the U.S. District Court of the Western District of Texas. He has held numerous positions in legal organizations, including serving the San Antonio Bar Association in many capacities, including the President and Chairman of both the Criminal Law Committee and Chairman of the Federal Courts Committee. Mr. Hilley's hard work and passion for his field have been recognized through numerous awards, including being selected by his peers as one of the Top 10 Lawyers in the Scene in San Antonio magazine poll in 2005. He has also been named a Texas Super Lawyer each year since 2003.

San Antonio Bar Association
Several Past Leadership Positions (see notes)
1982 - Current
Activities: Has served as the President, President-Elect, Vice-President, Secretary, Treasurer, Member of the Board of Directors, and Chairman of the Criminal Law Committee and Federal Courts Committee