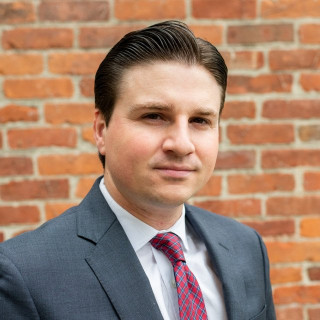 Trent LaLima is the owner of Santos & LaLima, P.C., a law firm with a four decade long track record representing criminal defendants and handling other high profile cases throughout Connecticut. In 2013, Attorney LaLima began at the firm, working with Attorney Santos on cases that ranged from DUI/DWI and domestic violence to murder and other serious violent or sexual assault felonies. He worked on appeals, personal injury, civil cases, business disputes, juvenile matters, and administrative hearings including school disciplinary proceedings. He has experience in trials, negotiating plea deals, achieving dismissals and erased records for defendants, helping clients who have not been charged to avoid arrest, and arguing in front of Connecticut's Appellate Court and Supreme Court.
After six years, Attorney LaLima became a partner at the firm, renamed Santos & LaLima, P.C., and became sole owner in 2021. Attorney LaLima values being creative and bold in defending client's rights, treating clients with respect, using plainspoken straight talk, and ensuring every case receives the attention it deserves.