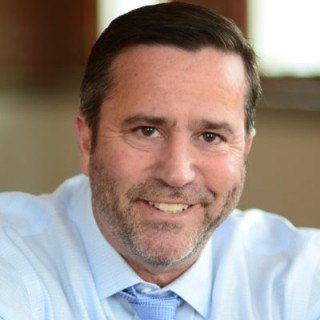 After graduation from Chicago-Kent School of Law in 1995, Tor Hoerman began working at the defense firm Bullaro, Carton & Stone until he got a call from a plaintiffs firm, Kralovec, Jambois & Schwartz that they may have an opening for a young associate. Tor jumped at the opportunity and learned about his passion to help injured people against those that he had previously represented.

In his years at K,J&S, Tor learned how to work the Courtroom at the Daley Center, spending most of his days either trying cases or running from floor to floor arguing motions on behalf of his clients.

In 2003, Tor was presented with a unique opportunity to pursue tobacco litigation and opioid litigation against the makers of OxyContin. Tor took the opportunity at The Simmons Firm in Alton, IL. He left KJ&S with gratitude for what he had learned in his years there.

Tor was quickly thrown into the complex world of mass tort litigation, with its numerous challenges and need for teamwork to take on some of the world’s largest and most profitable corporations. At Simmons, where he eventually became a partner, he took on Purdue Pharma as one of the lead lawyers in the case against them. The case resulted in a large settlement. The evidence gathered in that case also assisted the Department of Justice in obtaining criminal admissions of guilt by corporate executives.

In 2009 Tor finally realized his dream of starting his own firm, TorHoerman Law, LLC. He brought his entire mass tort team with him, most of whom continue their pursuit of justice at THL. THL now has offices in Edwardsville, Chicago, St. Louis and Philadelphia and is one of the recognized leaders in mass torts and personal injury.

Whether you have been hurt on the job, in a car, by a drug or medical device you used or lost a loved one because of a wrongful death, you can count on THL's experienced team to work for you.

The Injury Board
Current