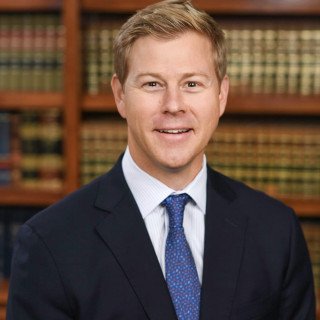 Ryan Langley is a 2002 magna cum laude graduate of Wofford College with a double-major in economics and government. After working in the White House during the George W. Bush Administration in 2003, Ryan attended the University of South Carolina School of Law as a Carolina Legal Scholar and a recipient of the Strom Thurmond merit scholarship in law. During his third year, Langley was elected Editor in Chief of the American Bar Association Real Property, Probate, and Trust Journal, a publication distributed to over 30,000 subscribers nationwide. Upon graduation in 2006, Mr. Langley was inducted into the Order of the Wig and Robe in recognition of his competitively superior record in legal studies.

Following law school Langley worked in the Atlanta office of Alston & Bird, LLP where he was involved in significant construction litigation and other government contract matters.

For the past twelve plus years Langley has been at Hodge & Langley Law Firm, where he focuses on cases involving catastrophic injury and/or wrongful death caused by dangerous/defective drugs and devices, drunk drivers, or medical errors. He has argued at all levels of South Carolina courts including the Supreme Court on multiple occasions and the United States Court of Appeals for the 4th Circuit.

He is rated by his peers in the profession and the judiciary as AV Preeminent through Martindale Hubbell, which is the highest level of professional excellence. Langley is a Fellow in the prestigious International Society of Barristers, whose mission it is to support excellence and advocacy under the adversarial system. He is also a member of the American Board of Trial Advocates which dedicates itself to the preservation and promotion of the Seventh Amendment - guaranteeing the right to civil jury trials.

Georgia
State Bar of Georgia
Since 2006