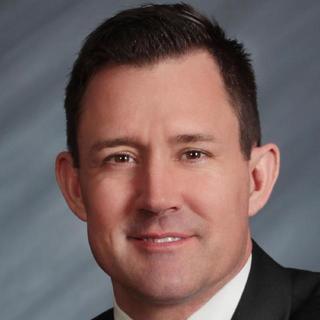 Thomas Prol is the President-elect of the NJ State Bar Association and a partner with Laddey, Clark & Ryan, LLP. He concentrates his legal practice in environmental law, public entity representation and real property (purchase/sale, tax & assessments, community association, and land use/development) matters. Licensed to practice law in NJ & NY, Mr. Prol was selected for inclusion on the list of NJ Super Lawyers & Rising Stars in 2011, 2012, 2014 & 2015, and on the national Super Lawyers Business Edition list in 2014-15 for environmental law. Mr. Prol previously served as Associate General Counsel & Agency Chief Contracting Officer for the NYC Department of Consumer Affairs. Mr. Prol is a frequent lecturer for the NJ Institute for Continuing Legal Education and was previously an adjunct professor at NY Law School and the Rutgers University. He worked as an environmental scientist/enforcement officer for the USEPA and served 2 years as a volunteer in the US Peace Corps in Nepal. He has also held externships with the US Attorney’s Office (EDNY), the NYC Commission on Human Rights, CNN, and the Carter Presidential Center. Mr. Prol has appeared and has authored/co-authored numerous briefs over the past decade before the NJ Supreme Court, NJ Council on Local Mandates & the U.S. Third Circuit Court of Appeals. In 2004, Mr. Prol was named the New Jersey “Young Lawyer of the Year” and was lauded as one of the “magnificent seven” NJ attorneys of the year that same year by New Jersey Lawyer magazine. He is active in numerous community organizations and previously served as vice chair of Garden State Equality, the LGBT civil rights organization hailed by the Star Ledger as “the most effective grassroots campaign” in NJ. He has been a vocal advocate for civil rights including marriage equality for same-sex couples in New Jersey, and he argued the legal defense of New Jersey’s landmark Anti-bullying Bill of Rights.

Young Lawyer of the Year
NJ State Bar Association
2004
Presented annually to a young lawyer in the State of New Jersey whose personal and professional achievements merit special recognition and who has made unique community and public service contributions, has actively participated in the organized bar and has stood out in the areas of professional knowledge, skill integrity and courtesy.

"I promise to continue to stand up and speak out for NJ lawyers on issues important to them, their practices and their clients. As the NJSBA Treasurer, Secretary and a 3-term trustee, I have been dedicated to making the NJSBA more open, transparent and inclusive." - Tom Prol