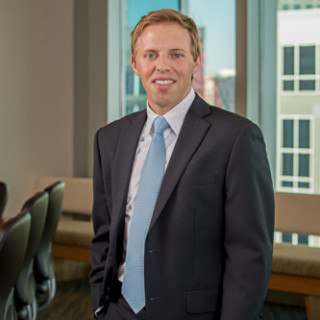 Thomas Goodwin is a member of the firm’s real estate and finance groups.

Mr. Goodwin received his Juris Doctor Order of the Coif in 2012 from the S.J. Quinney College of Law where he was the Executive Footnote Editor of the Utah Law Review. He was awarded the CALI Award multiple times for highest grade in course as well as several Outstanding Achievement Awards for best overall performance in course.

While attending law school, Mr. Goodwin served as a volunteer for the Utah Crime Victims Legal Clinic, as a Law Clerk for the Salt Lake Legal Defenders, and as a Judicial Intern for the United States District Court for the District of Utah. He also worked as a summer associate for Parr Brown in 2012, during which time he gained experience assisting the firm’s Litigation Section. He expanded that experience during a clerkship for Chief Justice Matthew B. Durrant of the Utah Supreme Court in 2012-2013.

Mr. Goodwin was recognized as a “Rising Star” by Mountain States Super Lawyers for 2017-2019.