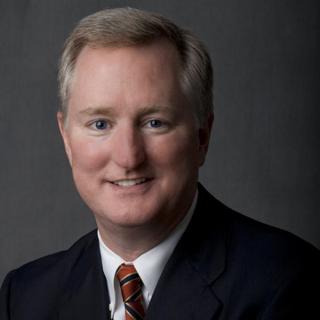 Terry O’Connor is a 1980 graduate of St. Lawrence University, where he was elected to Phi Beta Kappa and Omicron Delta Kappa. In pursuing his B.S. degree, he also attended the University of Copenhagen in Copenhagen, Denmark. Terry received his J.D. from the University of Notre Dame Law School in 1983. Terry is AV rated by Martindale-Hubbell and was recently recognized by the Best Lawyers in America consumer guide. He has also been recognized as one of the top 50 upstate New York lawyers by Super Lawyers consumer guide. Terry is a trial lawyer who defends physicians, manufacturers and small businesses among others. In defending physicians, he has handled cases ranging from licensing proceedings to wrongful death cases to birth trauma cases. In the manufacturing field, his experience includes the defense of automobile manufacturers and manufacturers of ordinary household products. An appointed member of the New York State Bar Association Committee on Medical Malpractice, Terry has served in the past as an arbitrator and he frequently lectures on trial practice as well as medical/legal issues for the New York State Bar Association, Albany Law School and the Albany Medical Center Hospital. In the past Terry served as a member on the Council on Peer Review for the Dental Society of the State of New York.