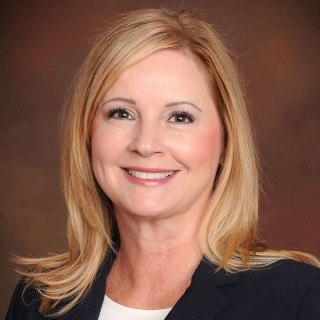 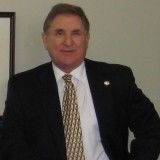 I have recommended Tamera to numerous friends and family and they all have given me glowing feedback on her performance.
Read All Lawyer Reviews
Client Reviews
L. G. May 28, 2020
Mrs. Childers won our case because she knows the law and diligent! We have not been able to see my child for 3 years and were in desperate need for a knowledgeable attorney in family law and child custody locally, as we lived in Texas. Mrs. Childers came highly recommended. We did our research and decided to go with her. We are so pleased we did. The best decision we have made in regards to my child. She knew the custody laws and was not going to be run over by an aggressive attorney. The journey was a tough one but she guided us the whole way, explaining every step and her next plan, which was always excellent. She fought diligently for us and our case. She was available for any questions that came up. We now can see my child regularly and we get half of all holidays. We highly recommend Mrs. Childers if you want to win.
View More
Brian F. April 3, 2020
Exceptional Experience In the search for an attorney for my child support case, Tamera came highly recommended by friends and colleagues for good reason. Her approach to each case she works is individualized and detailed. Tamera is professional and communicates well with clients to achieve an understanding of the case as well as options available. Tamera Childers is not only exceptionally knowledgeable in the practice of family law, but also compassionate. Her office manager, Amanda, is always kind and helpful as well. For these reasons, I would recommend her services to anyone seeking legal representation for divorce or child custody related case.
View More
Read All Client Reviews
Badges
Claimed Lawyer ProfileSocial Media
Biography

Tamera Childers is a family law attorney whose practice is concentrated on divorce, custody, paternity and guardianship cases. Raised in small town, Lindsay, Oklahoma, she knew at a young age she wanted to be a lawyer; however, her educational and career path is not that of a traditional student. After graduating near the top of her Lindsay High School class in 1982, Tamera attended Northeastern State University in Tahlequah, where she was an active member of the Delta Zeta sorority. After completing two semesters at Northeastern, she moved to Ponca City, got married and raised two daughters. When her children were in middle school, Tamera began attending night classes at Northern Oklahoma College in Tonkawa, Oklahoma, while working a fulltime job. After obtaining her Associates Decree in Business Administration from NOC, she commuted to Stillwater and graduated from Oklahoma State University in 1998 with a Bachelor of Science in Business Administration, with a major in General Business and a minor in Marketing. While at Oklahoma State, Tamera was a member of the Golden Key National Honor Society, OSU Honors Program, and was a recipient of the W.B. Clark Scholarship. Finally able to fulfill her lifelong dream, she graduated with honors from the University of Tulsa College of Law in 2003 on the same day her daughter graduated from high school. While attending law school, she was a member of the Phi Delta Phi International Legal Fraternity; and she received four CALI Excellence for the Future Awards: Trial Practice, Evidence Workshop, Race and Racism in American Law, and Legal Reasoning Analysis and Writing II.