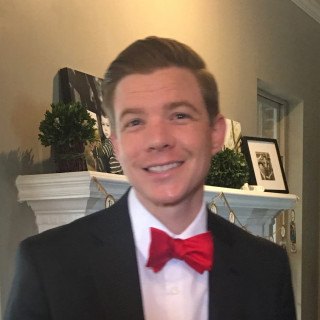 Timothy Luke Barteaux is currently a Cherokee Nation District Court Judge. He was born in Norman, Oklahoma and grew up in northeastern Oklahoma where he attended Metro Christian Academy. After completion of high school, he went on to receive a Bachelor of Arts in Public Affairs and Administration from the University of Oklahoma before obtaining his Juris Doctor from the University of Tulsa College of Law. While attending the University of Oklahoma, he became a member of Alpha Tau Omega and while attending the University of Tulsa, he became a member of Phi Delta Phi International Legal Fraternity and the Family Law Society. Mr. Barteaux now lives in Tulsa, Oklahoma and attends the First United Methodist Church of Tulsa where he and his wife were married and attend the Summit Sunday school class. Mr. Barteaux started working for family law firms in 2009. He joined Fry & Elder as a law clerk in 2011, and joined the firm as an of counsel attorney after being admitted to the Oklahoma Bar in 2012. His areas of practice include divorce/dissolution of marriage, family law litigation, child custody and visitation, modifications, legal separation, child support, alimony, guardianships, collaborative divorce, adoption, juvenile law, and mediation. Mr. Barteaux is a Super Lawyers Rising Star for his work as an Oklahoma family law attorney. Additionally, he is a member of the American Bar Association, the Tulsa County Bar Association, and is a member of both bar’s Family Law Sections. He serves on the Oklahoma Bar Association’s Rules of Professional Conduct Committee and the Executive Board of the Oklahoma Bar Association Family Law Section having served on the Continuing Legal Education Committee, as 2015 CLE Co-Chair, the Practice Manual Committee as Marketing Chair in 2014 and the Editing Committee, the Family Law Section Social Committee. He also attended and graduated from the OBA FLS Trial Advocacy Institute in 2014.

Q. What are the exceptions to bigamy in Oklahoma
August 31, 2018
A: Bigamy is a felony in the State of Oklahoma. Bigamy happens when someone marries a person while still legally married to someone else. Often the perpetrator will do everything in their power to hide or lie about the previous unresolved marriage(s) to the new spouse, their previous spouses, and law officials. Although, the act of Bigamy is a felony crime in Oklahoma the process of marriage is severely flawed to prevent such crimes. When applying for a marriage license in Oklahoma the applicants sign attesting that they are able to marry one another. Currently, there is no assurance to the “new” spouse that this statement is not fraudulent. If the United States of America maintained a Centralized Marriage Registry – there would not be victims of Bigamy.