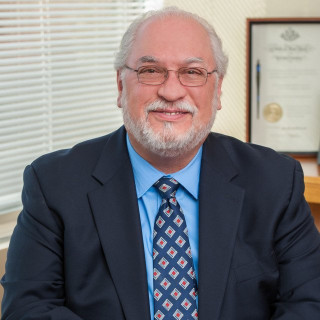 Stuart A. Rosenthal has more than 40 years of experience that relates to the automotive retail business and automobile dealership law. As General Counsel and Vice President for Legal Affairs of the Greater New York Automobile Dealers Association (1995 - 2014), he was instrumental in the Association's legal, legislative, and regulatory initiatives.

While he was at GNYADA, he was selected to serve on the New York City Mayor's Task Force on (Automobile) Insurance Rates, alongside the Commissioner of Consumer Affairs, the President of the BBB of NY, and leading insurance law practitioners. In 2011, he was a panel member on the U. S. Federal Trade Commission's look into the future of Automotive Retailing, "The Road Ahead'.

Prior to joining GNYADA, Stuart was an Assistant Attorney General under three Attorneys General in New York State and held several leadership roles under three Commissioners during the ten years that he worked at the New York City Department of Consumer Affairs. He was also Vice Chairman of the National Conference on Weights and Measures (U.S. Department Commerce) and Chairman of its Laws and Regulations Committee during that time.

Stuart is a graduate of the Hofstra University School of Law and is admitted to the Bar of State of New York, in the Federal Courts in New York (Southern District and Eastern District), and in the U.S. Supreme Court. He was a three-term (nine-year) member of the Board of Directors of the National Association of Dealer Counsel. ?He has been active in a number of professional and community organizations, including serving for six years on the Pocantico Hills Central School District Board of Trustees and President (2 years) and was appointed Special Deputy Town Supervisor (Greenburgh, NY).

Maurice A. Deane School of Law at Hofstra University

National Association of Dealer Counsel
Member
2000 - Current
Activities: Member of the Board of Directors 2001-2010