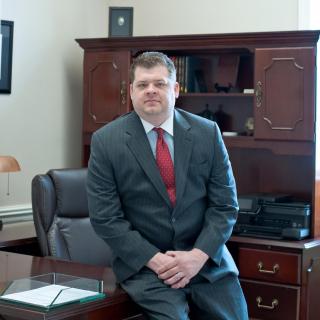 Stewart Bratcher is a trial attorney with over a decade of experience in Georgia courtrooms. Upon graduation from law school in 2005 he accepted a position as an Assistant District Attorney in the Cherokee Judicial Circuit (Bartow and Gordon Counties) where he remained employed until founding The Bratcher Firm. While employed as a prosecutor, Stewart handled thousands of criminal cases ranging from traffic violations to capital murder and tried over 100 cases to verdict before a jury or judge in Superior Court. As the office appellate specialist, Stewart served as appellate counsel in more than 20 cases and orally argued cases before the Georgia Supreme Court and Georgia Court of Appeals. Upon founding the Bratcher Firm, Stewart has continued representing clients before Georgia courts in criminal as well as civil litigation. Stewart's legal scholarship has been published in the John Marshall Law Journal, the Oregon Advocate, and has been presented at conferences of the Southern Political Science Association and the University of Georgia's Child and Family Policy Initiative. In addition to running the Bratcher Law Firm, Stewart also serves as CEO of Pine Ridge Land Conservancy, Inc., a non-profit organization dedicated to environmental preservation. He has been appointed to serve as a Mentor in the State Bar of Georgia Transition Into Law Practice Program, and is recognized as a Guest Instructor by the Georgia Peace Officer Standards and Training Council in the areas of search and seizure law and other legal issues.