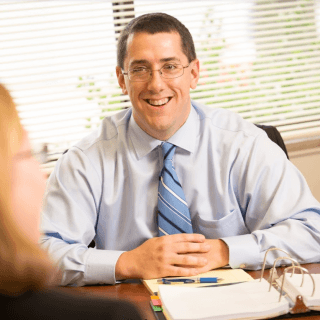 I was born and raised in the rolling hills of Kentucky, where I gained an appreciation for University of Kentucky basketball, horse racing, and Kentucky bourbon.

I am admitted to practice law in the United States Supreme Court, the Commonwealth of Kentucky and the State of Ohio, the United States District Court: Eastern District of Kentucky, and the following Federal Circuit Courts of Appeal: the First, Second, Third, Fourth, Fifth, Sixth, Seventh, Eighth, Ninth, Tenth and Eleventh Circuits.

I have nearly a decade of experience handling federal criminal appeals involving important constitutional issues such as an individual’s due process rights, freedom from illegal search and seizure, unlawful interrogations and sentencing guideline issues. I have also represented individuals in defense of their land rights and their rights to keep and bear arms.

Planning Your Legacy, Lunch and Learn
May 15, 2019
Planning and Development Services
Closed to the public.