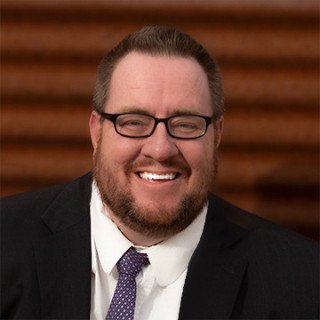 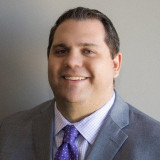 Mr. Vincent is a tremendous asset to the legal community and a highly recommended lawyer. Clients will be impressed with his ability to communicate with them honestly and understand their legal needs, with his high character, and with his efficient and effective representation.
Read All Lawyer Reviews
Badges
Claimed Lawyer ProfileQ&ASocial MediaResponsive Law
Biography

Stephen Vincent is a founding member and attorney at State 48. Stephen has a passion for the law and teaching. He has combined those loves as the head of new client intake and head of legal education programs. He also is the firm’s main researcher and works on all appellate cases.

Stephen Vincent, Attorney, is a lifelong writer who uses this skill to explain clearly and memorably a client’s case to judges. A native of St. George, Utah, Stephen attended Arizona State University for law school where he interned for the Goldwater Institute and worked as a Justice Court mediator. After law school, Stephen worked for a year at the Washington County (Utah) Attorney’s Office. While there, he drafted county ordinances, assisted in homicide prosecutions, and headed up a major project to protect the county’s access to federal lands.

Before law school, Stephen worked as a sportswriter in Utah. He has also taught writing and communication courses at Southern Utah University and Dixie State University. Because of his background as a professional writer and writing instructor, Stephen is the ideal person to tell your story. Stephen loves sports and spending time with his 24 nieces and nephews.

Q. If someone has power of attorney over me at 21 can I move to another state with some friends without their consent?
May 17, 2022
A: You put this in the categories. This is not a contracts, criminal, or family law matter. It's something that would be better asked of a probate attorney. Is your power of attorney revocable? If it is, you should revoke it. Again, that is something you should discuss with a probate attorney. You say that your friends would "forcibly remove" you. So they would kidnap you? If so, yes, that's a crime, they could get into trouble. If you go voluntarily with them, then I don't see that as a crime.

Q. Can i file civil lawsuit to perpetuator of sexual child abuse Az 13-3019 A.2 even it is already under investigation?
May 17, 2022
A: I would suggest consulting with an attorney who handles civil litigation before you make any move regarding a lawsuit. Based on the facts you describe, you definitely have a civil case for assault. I don't see a case for fraud based on your description, but that's something you could discuss with a civil litigator. As for the divorce, the Court is required to divide the marital property without regard to the marital misconduct. There is an exception if he gets convicted and sentenced to 80 years+ in prison; in that case, he forfeits his share of the community property.

Q. My Name was brought into a case, can I add my side of the story?
May 17, 2022
A: No. You're not a party. You can't file something in a case in which you are not a party. Further, writing a judge directly is not allowed. Judges can only communicate with parties when both parties are present. Presuming this is a family law case (e.g., divorce or child custody case), there are things your girlfriend can do. She can file a Motion to Strike the reference from the record under Rule 29(e) of the Arizona Rules of Family Law Procedure. Strikes are available when the other party brings up something that is "redundant, immaterial, impertinent, or scandalous." Something you, a nonparty, are alleged to have done with real estate, has no relevance in a divorce or custody proceeding; your actions do not bear on the division of property in a divorce, or your girlfriend's ability to parent in a child custody proceeding nor do you pose a safety threat to the child. Therefore, opposing party's allegation is simply irrelevant and unnecessary. Be aware a Motion to Strike can be no longer than two pages. If you wanted to write a letter and have your girlfriend attempt to submit into evidence at a trial, you could so, but it's really not the best use of her trial time.