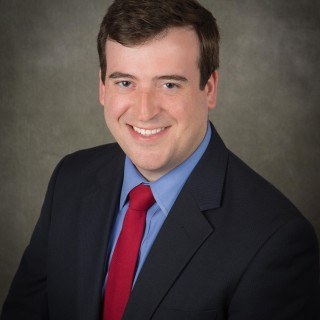 Sean R. Aiello is a Partner of Schell & Oglesby, LLC and a native of Franklin, Tennessee with a family history of practicing law in Williamson County dating to the 1800s. Sean graduated from the University of Tennessee with a bachelor’s degree in arts for political science and Italian language, and obtained his Juris Doctor and Graduate Degree in Comparative Law from Louisiana State University, Paul M. Hebert Law Center in 2015.

Before joining Schell & Oglesby, LLC, Sean clerked for the judges of the 21st Judicial District Circuit Court which includes Williamson, Hickman, Perry and Lewis Counties. In his current practice, Sean centers on divorce and custody matters as well as wills and estate planning issues.

In 2018, Sean was elected to local government to serve as Williamson County Commissioner for District 11 where he has since chaired the Law Enforcement Committee and served on numerous other committees including Internal Audit and Tax Study. Sean is actively involved in his local bar associations, elected President of the Williamson County Bar Association Young Lawyers Division for the 2019-2020 term, and is an active member of the John Marshall Chapter of the American Inns of Court. Since 2017, Sean has additionally served on the Board of the Tennessee Bar Association Young Lawyers Division in various leadership positions, and, since 2018, as District 11 Representative for twelve counties located in Middle Tennessee.

Sean additionally serves on the Pull-Tight Players Theatre Board of Directors as legal counsel, and volunteers his time running local legal clinics and participating in Franklin Noon Rotary Club service projects. When not working, Sean enjoys carpentry and other construction endeavors.

Excellence in Family and Divorce Law
Lawyers of Distinction
2020

Making Your Case: The Art of Persuading Judges
2019
American Inns of Court