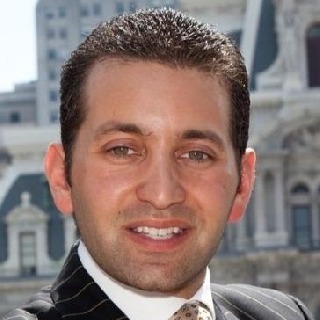 Attorney Scott Sigman concentrates his practice in the areas of criminal defense, white collar defense, drug forfeiture, and civil litigation.  He routinely represents defendants in cases involving murder, drug dealing, conspiracy, assault, firearm violations, gun possession, drug possession, rape, sexual assault, theft, stolen property, and DUI.  Mr. Sigman was selected as a “Pennsylvania Rising Star Super Lawyer” by Philadelphia Magazine from 2005 through 2012 and as a “2006 Lawyer on the Fast Track” by The Legal Intelligencer. Mr. Sigman began his career as an Assistant District Attorney with the Philadelphia District Attorney’s Office where he was assigned to the Narcotics Division (in 1999) first as a Law Intern and then as a Prosecutor. Mr. Sigman was specially assigned to criminally prosecute Philadelphia’s most serious drug offenders from pre-arrest to post-conviction, litigate the forfeiture of the offender’s real estate through a quasi-civil forfeiture hearing and litigate civil actions against some of Philadelphia’s worst nuisance bars. Mr. Sigman was also the Weed & Seed Prosecutor for North Philadelphia. In 2004, Mr. Sigman prosecuted Pennsylvania’s very first Weapons of Mass Destruction case. During his tenure as an Assistant District Attorney, Mr. Sigman tried hundreds of cases in the Philadelphia Court of Common Pleas. Mr. Sigman also served as a law clerk to the Honorable Ramy Djerassi in the Philadelphia Court of Common Pleas. Mr. Sigman currently is an adjunct professor at Drexel University, a volunteer with the Pennsylvania Prison Society, and serves on the Armed Services Council of the Union League of Philadelphia. Mr. Sigman is admitted to practice in the Commonwealth of Pennsylvania.

Attorney
Bochetto & Lentz, P.C.
2005 - 2009
Prior to founding Sigman & Zimolong, LLC (formerly Sigman & Rochlin, LLC), Sigman was an attorney at Bochetto & Lentz, P.C. where he concentrated his practice in the areas of complex commercial litigation, catastrophic injuries, election law, defamation, fraud, Civil RICO, and white-collar criminal defense. Mr. Sigman has been selected as a "Pennsylvania Rising Star Super Lawyer" by Philadelphia Magazine in 2005 through 2011 and as a "2006 Lawyer on the Fast Track" by The Legal Intelligencer. Mr. Sigman is admitted to Practice in the Commonwealth of Pennsylvania, the State of New Jersey, the United States District Courts of New Jersey, Eastern District of Pennsylvania, and Northern Districts of Ohio and New York, the United States Court of Appeals for the Second, Third and Sixth Circuits, and the United States Supreme Court.

The Advocates with Dan Cirucci

The Advocates with Dan Cirucci