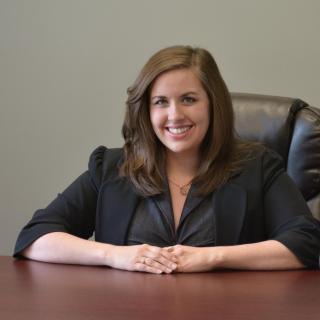 Assistant General Counsel, State of Tennessee
Review This Lawyer
Compare Save
Client Reviews
Julie S. October 22, 2020
This attorney CARES! I have met Ruth Bunn through the court system and have been greatly impressed with her proactive attention to her clients, her strong understanding of family law and her high ethical standards. There are some people in the family law (and all sectors of law) that "dial it in" and don't become engaged. Ruth is the opposite. The consummate professional.
View More
Read All Client Reviews
Badges
Claimed Lawyer Profile
Biography

Ruth Bunn primarily practices in the area of family law. She earned her undergraduate degree from Tennessee Tech University in 2008 where she graduated in the top ten percent of her class. She earned her law degree in 2013 from Regent University School of Law in Virginia Beach, Virginia, graduating in the top third of her class. Before joining the State of Tennessee, Ruth had a solo practice in Cookeville, Tennessee focusing on family law including divorce, child custody, adoptions, modification of support, and juvenile justice. She previously worked at Rocco & Griffin as associate counsel and Karnes Legal Services as a contract attorney. Ruth is admitted to the Tennessee Bar.