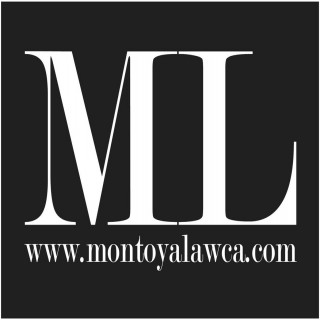 Attorney Ruben Montoya founded MONTOYA LAW with the idea that if you hire an attorney you should deal with an attorney. Before MONTOYA LAW attorney Ruben Montoya worked for highly respected Workers Compensation / Personal Injury firm. During his time as the managing attorney for such firm he multiplied workers compensation settlements. Those Workers Compensation claims that would not settle for what the injured worker deserved Mr. Montoya tried and prevailed for his clients. Ruben Montoya has tried many trials with favorable outcomes and settled millions out of court. At MONTOYA LAW we promise to fight and protect the rights of all injured workers in the Workers Compensation system. Due to his work ethic and resilience to never stop fighting for his clients Mr. Montoya is considered one of the best Workers' Compensation attorneys under 40 in the state of CA. He has been awarded numerous awards including: National Trial Lawyers 40 under 40. Membership is extended solely to the select few of the most qualified attorneys from each state who demonstrate superior qualifications of leadership, reputation, influence, stature and public profile measured by objective and uniformly applied standards in compliance with state bar and national Rule 4-7. Invitees must exemplify superior qualifications, trial results, trial results, and leadership as a young lawyer under the age of 40. Selection is based on a thorough multi-phase objective process which includes peer nominations combined with third-party research. Top 25 Workers Compensation Trial Lawyers Association. Members of the Workers Compensation Trial Lawyers Association – Top 25 exemplify superior qualifications of leadership, reputation, influence and performance in their area of specialty. Avvo Rating of Superb. Top Attorney Workers Compensation. Member of American Law Society. Home of America's Top Lawyers. Published Top 25 Noteworthy Panel Decisions. Rodas vs. WCAB

Q. Injured at work last year 11/1/16. 2/15/17 complicated by infection of the injured leg causing sepsis and hospitalized.
June 10, 2017
A: Get an attorney and DO NOT SIGN ANYTHING. If infection is of injured body part, that is work related. Talk to an attorney immediately.

Q. I was sent to the insurance workers comp doctor I was hurt on April 6 it's now may 15 I'm on a 90 day investigation
June 10, 2017
A: Apply for EDD. As to medical attention the employer is obligated to pay up to $10K while your claim is in delay. I highly recommend that if you do not have an attorney that you get one. Remember Work Comp attorney's work on a contingency fee which means you have no upfront cost and you pay them when your case settles with 15% of the settlement. Competent representation will get you a lot more than the 15% you are paying him. Good Luck!

Q. Can missing work to find another job effect my pending settlement?
June 10, 2017
A: If you go against the restrictions that your doctor is recommending yes it might because they may bring you new employer as a party. If you look for jobs which would not require you to use your body parts claimed as injured you should be OK.