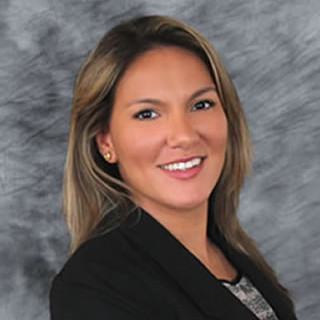 Attorney Rosa Melia-Acevedo handles cases exclusively in the area of Immigration and Nationality Law. Rosa received her BA degree in Politics, with a minor in Theological Studies, from The Catholic University of America in Washington D.C. and her Juris Doctorate from Florida Coastal School of Law in Jacksonville, Florida. She initially developed an interest in Human Rights law during college while interning with the American Bar Association’s Death Penalty Representation Project. Rosa realized her desire to practice Immigration and Nationality law shortly thereafter because of the human rights component that is inherent to the practice of Immigration law. Prior to being sworn in as an attorney she worked as an intern for a not-for-profit organization in Washington, D.C. called Mil Mujeres, which provides low-cost, non-litigation legal services to low-income Hispanic immigrants and their families. Rosa then became a Student Clinician in Florida Coastal School of Law’s Immigrant and Human Rights Clinic (formerly the Immigrant Rights Clinic). During that time she had the pleasure of representing clients, under the supervision of an attorney, who were applying for U visas, T visas, Prosecutorial Discretion, and Asylum. In her last year of law school, Rosa worked as a legal intern for the Department of Justice’s Office of Immigration Litigation-Appellate Section in Washington, D.C. During her time with the Office of Immigration Litigation, Rosa wrote stay motions and appellate briefs for asylum cases on behalf of the Department of Justice. While in law school, Rosa devoted a lot of her time to helping those who would otherwise be unable to afford legal representation and as a result she provided over one thousand hours of legal pro bono work throughout her three years at Florida Coastal School of Law and was awarded the Pro Bono Honors Award. She is licensed to practice in the state of Florida.

Gaslighting: can it be extreme enough for VAWA?
Orlando Style Magazine
February, 2019

Seeking Asylum: Land of the Free for the Asylee
NeJame Law
January 7, 2017