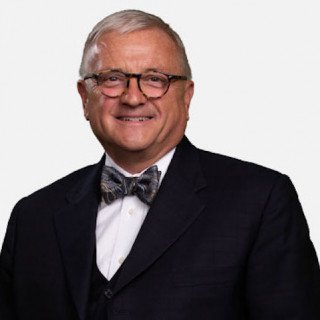 Rory T. Weiler is a fellow of the American Academy of Matrimonial Lawyers (AAML) who concentrates his practice in family law, with an emphasis on cases involving child custody and more complex economic issues, especially those involving family and closely held businesses. He is a member of the Leading Lawyers Network, and has been recognized as an Illinois “Super Lawyer” and as one of the “Best Lawyers in America.”

Rory is a member of the Kane County Bar Association (KCBA) and Illinois State Bar Association (ISBA). He actively serves the ISBA and its charitable arm, the Illinois Bar Foundation. He has served on the AAML Illinois chapter Board of Directors and the Illinois Supreme Court’s Committee on Character and Fitness. He has also served in local government and on community boards and spoken to many civic, community and public interest groups.

Rory is the Third Vice President-Elect of the Illinois State Bar Association and will become ISBA president in June of 2022.

Rory has lectured at seminars sponsored by the KCBA, the Illinois Institute for Continuing Legal Education, the AAML, and the ISBA on many family law topics, both substantive and practical, including child custody litigation, analysis, and cross-examination of psychological experts in custody litigation, financial issues in divorce, and trial practice. He has authored numerous articles on family law topics and wrote the book “Divorce Tools and Techniques,” which has been published by James Publishing Co.

He is active in advancing the provision of legal services to the indigent. In 2001, he received the KCBA's Pro Bono Award for his service to indigent clients, in 2005 was awarded the ISBA’s John C. McAndrews Pro Bono Service Award and the national Legal Services Corporation certificate of appreciation for service to the indigent in 2011.

Rory received his Bachelor of Science in Journalism in 1975, and his law degree from John Marshal Law School, graduating in 1979.