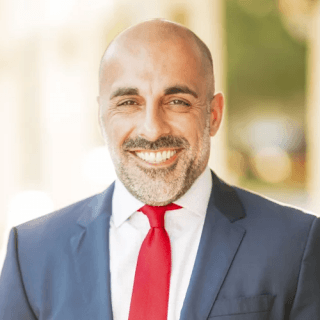 Mr. Khonsari founded and is principal/partner of the Khonsari Law Group. With experience in both criminal and civil law, Mr. Khonsari built the law firm with the standard of doing everything possible for each and every client. With over forty jury trials, he has used his trial advocacy in successfully representing clients charged in criminal court and also those who have cases in the civil realm.

He handled some of the office’s more high profile cases, including several DUI manslaughters and the senseless stabbing of a homeless man. He participated in a specialized DUI manslaughter/vehicular homicide team with the Pinellas County State Attorney’s Office, which allowed him to respond to crime scenes and assist law enforcement in some of their investigations. As a member of this team, he was recognized in 2007 by a local DUI advocacy group as a top prosecutor in Pinellas County in the field of DUI’s and DUI manslaughters.

The trial experience and skills Mr. Khonsari developed while with the State Attorney’s Office give him an innate ability to anticipate positions and actions taken in criminal cases by the government. He has integrated those skills and added insights to his tireless and tenacious defense of criminal matters.