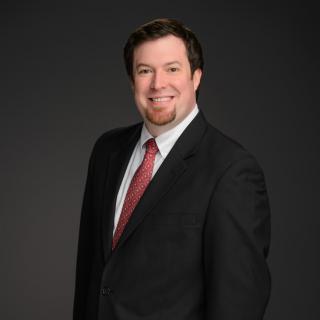 Are you Robert? Claim your profile to update. Personalized, Compassionate, and Effective Legal Advice
Review This Lawyer
Compare Save
Badges
Social Media
Biography

Robert W. Hoke joined the Grand Law Firm in 2015. Originally from Orange, TX, Robert received his Bachelor of Arts from Lamar University in Beaumont, TX in 2007. After college, Robert moved to Houston and worked managing a restaurant in the Greater Houston Area for 4 years. Realizing that he wanted more from his career, Robert moved to Baton Rouge where he attended Louisiana State University Paul M. Hebert Law Center, receiving his Juris Doctor in 2014. While at LSU, Robert was active in many of the school’s advocacy programs. Robert was a member of the LSU Law Moot Court Board and Trial Advocacy Board. Also during his time at LSU Law, Robert was a student attorney with the Juvenile Defense Clinic, providing youth charged with criminal offenses representation in juvenile court delinquency proceedings. Prior to joining Grand Law Firm, Robert clerked for the Honorable Tess Stromberg in the 23rd JDC, serving Ascension, Assumption, and St. James parishes. Robert is admitted to practice in all Louisiana state courts as well as the United States District Courts for both the Middle and Eastern Districts of Louisiana. Robert is a member of both the Louisiana State Bar Association as well as the Baton Rouge Bar Association. During his free time, Robert enjoys spending time with his wife and their one-year-old son. Robert is also an avid fan and supporter of LSU. Robert works mainly out of our Baton Rouge office, where he represents clients in the areas of Chapter 7 bankruptcy; Chapter 13 bankruptcy; non-bankruptcy financial legal assistance matters and Title work.