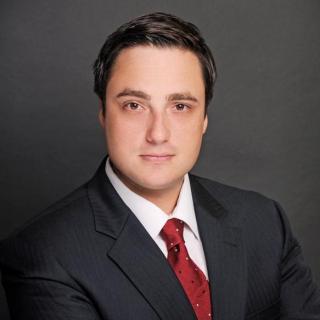 Robert Stone Jeffrey is the owner of Jeffrey Law, PA, and focuses his practice on domestic and international marital and family law disputes, including divorce and child custody issues, throughout the state of Florida. Robert also handles civil and family law appeals and business litigation. Robert is admitted to practice before all courts in the State of Florida, the United States Supreme Court, and the United States District Courts?in and for?the?Middle District of Florida and the Southern District of Florida.

Prior to founding Jeffrey Law, PA, Robert was a partner at two boutique commercial and family law litigation firms located in Miami, Florida. Robert was awarded a Dean’s Merit Scholarship during law school, and graduated magna cum laude in the top 4% of his class. Robert’s academic achievements allowed him to become an editor of the Florida Coastal Law Review, where he was named Editor of the Year in 2010, as well as Best Editor for a number of individual volumes. While completing his studies, Robert also worked for numerous professors, either as a teaching or research assistant, and interned for a United States District Court Judge.

Robert obtained his undergraduate degree from the University of Central Florida, where he majored in International and Comparative Politics and minored in Spanish, was involved in organizing a number of charitable and philanthropic activities, and served as an appointed and paid Student Government Association Elections Commissioner. While in college, Robert was also the president of his fraternity Lambda Chi Alpha.

Co-Author, Up, Around, Over, and Under: A Textual Case for Busting Through the Supposed Privity Barrier of CISG Article 4
North Carolina Journal of International Law and Commercial Regulation
2013

An Efficient Solution in a Time of Economic Hardship: The Right to Keep and Bear Arms in Self-Defense Against Pirates
Journal of Maritime Law and Commerce
2010

Beyond the Hype: the Legal and Practical Consequences of American Needle
Florida Coastal Law Review
2010

Q. I have a 6 year old daughter and me her and her father all live in Miami. She spends more time at his house but I want t
January 9, 2019
A: More information is required to address your situation. If paternity has never been established, then you can move without the necessity of seeking leave of court; however, this can be considered by the Court at a later date if he files a paternity action, such as in entering a parenting plan and determining time-sharing, and he can potentially seek to have the child returned. If any order relating to time-sharing has been entered, you need Court approval before you can move. Even if he agreed, you still would need to file the appropriate paperwork to obtain approval. The requirements are set forth in 61.13001, Florida Statutes. Contact a family law attorney as soon as possible--many offer free or low cost consultations. Best of luck

Q. The dad of my child file a false child abuse motion against me. It was proven no abuse occured. Can I ask for lawyer fee
December 6, 2018
A: The answer depends on the totality of facts and is difficult to address in an online forum venue. Talk to your lawyer. However, as a general matter, in dissolution of marriage actions, or if you are the petitioner in a paternity action or this is a paternity modification and/or enforcement action, the Court can consider a variety of factors in determining whether to award attorney's fees. Frivolous and vexatious litigation are included in this factors. Here is a citation to one case for your reference. Kaiser v. Harrison, 985 So. 2d 1226, 1230 (Fla. 5th DCA 2008)("The parties' financial resources are the primary factor in determining an attorney's fee award. Other relevant factors to consider are the scope and history of the litigation, the duration of the litigation, the merits of the respective positions, whether the litigation was brought or maintained primarily to harass (or whether a defense was raised mainly to frustrate or stall), and the existence and course of prior or pending litigation"). The question is whether it can be proved and whether he even has the ability to pay an award. Best of luck to you.

Q. If son's father has been absent my entire pregnancy, is it likely that the courts will allow him to major parental right
November 28, 2018
A: This is not a simple question to answer in the forum context. Much depends upon whether you are married to him. If you are unmarried, you have all of the rights until his paternity is legally established. If the child is born with 1 name, and he later establishes his paternity and petitions the Court for a name change, he would somehow have to show the court that changing that name is in the best interests of the child--this is not an easy standard. As for parental rights, once his paternity is established, a court can determine a time-sharing schedule, parenting plan, and child support. He can file the action to establish paternity, or you can file it and seek child support. The presumption is that you both should share parental responsibility over any major decisions. Absent evidence that it would be in the child's best interests for him to have no parental responsibility over all or some issues, shared parental responsibility should be awarded. A time-sharing schedule will be based upon the child's best interests. Some of the factors that the court will consider at specifically set out in Section 61.13, Florida States.