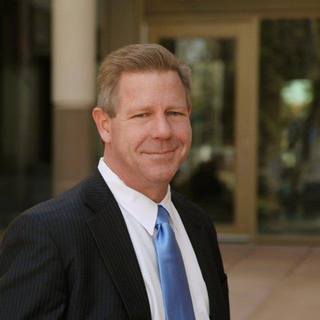 Mr. Vang received a debate scholarship to attend the University of Wyoming, where he graduated with a B.S. degree in Political Science and where he also attended law school and obtained his J.D degree. Mr. Vang was 1 of 2 college debaters named to the United States Debate team, which competed in Great Britain in the Spring of 1991. Mr. Vang was admitted to the Wyoming State Bar and Wyoming Federal District Court in 1995 and was admitted to practice in the U.S. Tenth Circuit Court of Appeal in 1997. Approximately ninety-five percent (95%) of Mr. Vang’s practice is dedicated to defending those accused of impaired driving. Mr. Vang is a founding member of the DUI Defense Lawyers Association (DUIDLA), as well as a co-chairman of the DUIDLA Amicus Committee. Mr. Vang has been a member of the National College of DUI Defense (NCDD) since 1997; a sustaining member of NCDD since 2000; and has been the Wyoming State Delegate for the NCDD since the NCDD State Delegate program was created. Mr. Vang is a member of the Wyoming Trial Lawyer’s Association (WTLA) and the WTLA frequently asks Mr. Vang to present lectures for the WTLA concerning the subject of impaired driving laws. Mr. Vang has also been invited to speak on the subject of impaired driving laws by the Wyoming Governors Conference on Impaired Driving; the Wyoming State Bar Association (WSBA); the NCDD, the DUIDLA, the North Carolina Advocates for Justice (NCAJ); and, the Institute of Continuing Legal Education in Georgia (ICLEG). Mr. Vang has nineteen reported cases with the Wyoming Supreme Court, which specifically address DUI and implied consent issues. Mr. Vang is the only lawyer in the State of Wyoming that has earned “The ACS-CHAL Forensic Lawyer Scientist Designation as recognized by the Chemistry and Law Division of the American Chemical Society (ACS).”

The ACS Forensic Lawyer-Scientist Designation as recognized by the Chemistry and the Law Division of the ACS”
ACS-CHAL
2015
Awarded to attorneys with special training in forensic sciences used in DUI cases, who have passed an examination to prove their proficiency in forensic science

Using Rules of Evidence and the Constitution to Suppress Chemical Test Results in DWUI Cases: or; How Did the Department of Health (DOH) acquire the imprimatur to Determine the Admissibility of Chemical Testing Evidence in DWUI Cases?”, Wyoming Public Defender DWUI Training, Chicago Illinois
July 10, 2015
DUI Defense Lawyers Association (DUIDLA)