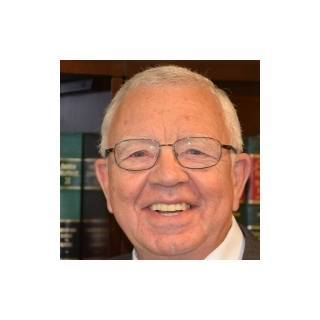 Richard Potter’s life is a story of excellence under pressure. This highly decorated Navy fighter pilot spent decades navigating some of the world’s most sophisticated aircraft under intense circumstances. Now he puts his ability to calmly perform highly technical work in a stressful environment to use while representing his clients during some of the toughest times of their lives. For Richard – a distinguished graduate of the U.S. Naval War College who served 26 years in the Navy – his 150 combat missions over North Vietnam from the U.S.S. Midway, and four tours of service in Washington D.C. have given him the ability to grasp complicated situations quickly and take immediate and effective action. And he also happens to be an excellent study, having graduated from the United States Navy Fighter Weapons School, more commonly known as TOPGUN. All of these skills serve his clients well, both in and outside of the courtroom. Richard decided to go to law school after his highly successful Naval career. It was a career move he began considering long before retiring as a captain in 1995, in large part because of his interest in helping people in times of crisis. He was driven to study law because he realized the court system is a confusing one, and it leaves innocent people unsure how to proceed. Richard strongly believes that individuals and corporations must be held accountable for the damage they may cause. And he understands his work as an attorney means doggedly fighting for justice for those who have been injured, or who have lost a loved one due to the negligence of others. This conviction led him to Dwyer Williams Potter Accident and Injury Attorneys, where he began working nearly 17 years ago, putting that belief into action every day for his clients. He represents people who have been harmed in vehicle accidents, by dog bites, in workplace-related injuries, catastrophic accidents, or who have suffered the wrongful death of a loved one. As a wingm