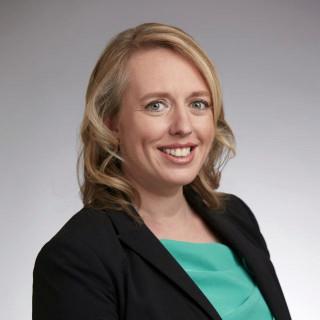 Partner Rebecca Janet Wade focuses on family law and criminal defense, representing clients in cases of divorce, child custody and visitation, child support, and alimony. She specializes in criminal and civil domestic violence cases, both defending clients who are facing that charge as well as representing victims of domestic violence. Ms. Wade has extensive experience with protective orders and laws involving physical abuse, assault and injury, emotional abuse, threats of violence, and more. Her work defending the mother of a young child left in a hot car seat received considerable media attention.

Right out of law school, Ms. Wade went to work for the Public Defender’s Office for Fauquier and Rappahannock Counties, where she devoted more than five years to representing clients who were charged with a wide range of offenses, from traffic infractions to serious felonies such as aggravated malicious wounding, drug distribution, and sex crimes.Ms. Wade tried hundreds of bench trials and more than two dozen jury trials. She also handled appeals and numerous appearances at the Court of Appeals of Virginia and the Supreme Court of Virginia, earning victories in both Courts.

Your Rights When Approached by Police - FAQ Friday

Waves are rolling, sand is between your toes, but a police officer is blocking your attempt to get some vitamin sea. With summer beach season at high tide, a recent viral video of an altercation between a beach goer and police raises questions about alcohol, the beach and your rights. Alcohol is not allowed on most beaches in Virginia, Maryland, and Delaware, but that doesn’t stop many people from imbibing. The confrontation between the 20-year-old woman and police in the video started when authorities suspected her of underage drinking. It escalated into a violent arrest after she submitted to a breathalyzer but refused to provide her last name. While hopefully these situations don’t recur, the questions remain: What were her rights, — and what are yours, — when police want answers? Rebecca Wade, criminal defense attorney at Wade, Grimes, Friedman, Meinken & Leischner, says it’s vital to know your options, at the beach or anywhere, when 5-0 wants 4-1-1.

D-U-I-D: Driving Under the Influence of Drugs - FAQ Friday