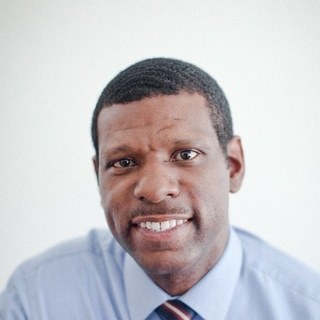 13+ Years of Litigation Experience
Seven years spent as an Assistant Attorney General (AAG) with the Corrections Unit in the Corrections Litigation (Criminal Justice) Section of the Ohio Attorney General’s Office (AG’s Office); over six years serving as an Assistant Disciplinary Counsel (ADC) in the Office of Disciplinary Counsel (ODC), an Ohio Supreme Court division.
2000 to Early ’07
The AG’s office: As an AAG specifically, I saw civil litigation brought by inmates, as well as that presented on behalf of committed youths. Employees of the Ohio Department of Rehabilitations and Corrections (DRC) and the Ohio Department of Youth Services (DYS) required representation in hundreds of civil cases. The range of involvement was vast: from parole issues, excessive use of force, failure to protect, and inappropriate medical care, to interference with religious practices, due process, and other prisoners’ rights issues. Detailed litigation required research and analysis of the respective legal issues, along with preparation of pleadings and motions, direction of numerous depositions, and participation in settlement negotiations, all of which I saw to personally.
During these seven years, I tried eight federal cases and presented three oral arguments before the Tenth District Court of Appeals. Having had the opportunity to serve as lead counsel in several high profile cases—these being included on the “significant case” report to administration—I was selected to serve as co-counsel in four class actions and a member of the Ohio AG’s Class Action Advisory Committee charged with developing a system to advise state agencies of class action lawsuits.
Above and beyond litigating, I worked directly with DRC and DYS officials to improve policies on aforementioned concerns (parole, religious accommodations, offender classification, and conditions of confinement at juvenile facilities). Current policies were reviewed, problem areas identified, and proposed policy revisions drafted. Client and staff counsel were consulted in order to discuss proposed remedies, and in some cases—e.g., parole decision sheet adopted by the Parole Board in March 2003—solutions I developed were implemented.
In the meantime, training experience in professional development and trial advocacy acquired over the years became quite useful in the position of Unit Coordinator for the Corrections Unit in the Corrections Litigation Section of the AG’s Office. During 2004 and through 2006, I assigned cases to unit attorneys and in turn advised them on the legal issues in said cases. While carrying out these responsibilities, it became apparent that professional development would complement the attorneys’ skill sets, and just such a program was established. Monthly training sessions were conducted on various subjects, including depositions, subpoenas, and evidence, and featured my “Corrections Litigation Training Manual,” that served as the attorneys’ reference tool. Over the years, my training has come from various sources. One example being advanced instruction received in legal writing, with a focus on complete and concise presentation.
As a litigator, a strong writing ability has proved to be invaluable, to both others and myself. Such proficiency aided in the development and maintenance of a brief bank at the AG’s office, comprised of example pleadings, motions, successful legal arguments, and outlines, designed to assist unit attorneys in motion and response preparation.
Early ’07 to Mid ‘13
In the years that followed, I began working as an ADC, practicing exclusively before the Supreme Court of Ohio, and conducting numerous disciplinary trials governed by Ohio Rules of Civil Procedure and Evidence. Included were six oral arguments presented before the Ohio Supreme Court.
I continued to compile and update my storehouse of reference material even after joining the Supreme Court in 2007. To date, my brief bank contains over 500 personal writing samples, including letters, summaries of investigations, complaints, discovery requests, motions and briefs, most of which are available to attorneys at ODC to use as templates.
Development and training continued to be focal, and after leaving the AG’s office, it took on a national dimension. The year 2008 brought with it a new opportunity: I joined the faculty of the National Institute for Trial Advocacy (NITA) and began instructing at the annual Public Service Attorney Trial Skills Program at the organization’s Colorado headquarters. There, a learn-by-doing teaching method was stressed during weeklong programs, including a final mock trial. Case analysis, closing argument, direct-examination, cross-examination, impeachment, and expert testimony were topics covered extensively.
Fast-forward to 2011; in this year I was honored with the role of lead faculty member—shared with another lead faculty member—at the annual NITA Bar Counsel Program, which was widely attended by national delegates. Evaluations taken from directing the case-analysis training session attest to my effectiveness as a trial advocacy instructor.
Continuing in this role, 2012 saw my development of a set of investigation guidelines for disciplinary cases that were provided to aid three new attorneys who joined ODC the following year.
From the above, it can be readily ascertained that a fondness for the written word, along with assisting others in its composition and understanding—especially in a legal sense—holds a central position in my life. However, an even greater joy is pro-bono legal work carried out on behalf of the Christian Congregation of Jehovah’s Witnesses. Whether assisting with land acquisition of properties for future conference centers, or reviewing corporate documents for local congregations in Ohio, there is much contentment to be found.
Drawing on the above-diversified experience, I left the ODC in June 2013 in order to establish my own law office.

Ethics Attorney/ Civil Litigator
Law Office of Philip A. King, LLC
2013 - Current
I have over 13 years of legal experience. So whether you are an attorney, private citizen, or business owner, my office is prepared to help—featuring two legal divisions: Legal Ethics and Professional Responsibility and Civil Litigation. The Legal Ethics division provides confidential advisory opinions and compliance evaluations, represents attorneys and judges accused of ethical misconduct, and conducts ethics training. The Legal Ethics division has subdivisions concentrating on IOLTA account management, attorney advertisement, and the unauthorized practice of law. The Civil Litigation division offers legal advice and representation in a wide array of personal and small business matters including family law, contracts, probate law, real estate, and civil rights.

Assistant Assistant Attorney General/ Unit Coordinator/ Senior Assistant Attorney General
Office of the Ohio Attorney General
2000 - 2007
At the Office of the Ohio Attorney General, I represented the employees of the Ohio Department of Rehabilitations and Corrections (DRC) and the Ohio Department of Youth Services (DYS) in civil litigation brought by inmates and on behalf of committed youths. I litigated hundreds of civil cases in state and federal courts involving parole issues, excessive use of force, failure to protect, inappropriate medical care, interference with religious practices, due process, and other prisoner rights issues. During the litigation, I researched and analyzed the legal issues, prepared pleadings and motions, conducted numerous depositions and participated in settlement negotiations. I tried eight federal cases, made three oral arguments before the Tenth District Court of Appeals, and served as lead counsel in several high profile cases that were included on the “significant case” report to administration. I also served as co-counsel in four class actions, and as a member of the Ohio AG’s Class Action Advisory Committee created to develop a system to advise state agencies of class actions. In addition to the litigation, I worked directly with DRC and DYS officials to improve their policies on parole, religious accommodations, offender classification, and the conditions of confinement at the juvenile facilities. I reviewed the policies, identified the problem areas, drafted proposed policy revisions, and met with the client and staff counsel to discuss the proposed remedy. For example, the parole decision sheet that the Parole Board adopted in March 2003 was the one I developed. From 2004 to the end of 2006, I was the unit coordinator for the Corrections Unit in the Corrections Litigation Section of the AG’s Office. As unit coordinator, I assigned cases to the unit attorneys and advised them on the legal issues in their cases. I felt strongly about professional development, so I established an attorney professional development program and conducted monthly training sessions on various subjects, including depositions, subpoenas, and evidence. I drafted a “Corrections Litigation Training Manual” that served as a training and reference tool for unit attorneys.