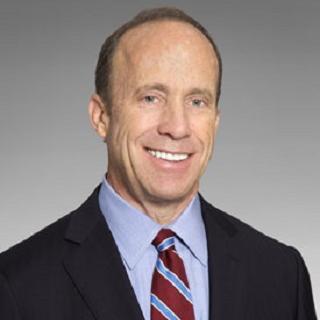 A native of Philadelphia, Pennsylvania, Peter Greenspun graduated from LaSalle College with a Bachelor of Science Degree in 1975 and obtained his Juris Doctor from George Mason University School of Law in 1978.

Widely considered by his peers as an expert litigator, Peter has advocated for the rights of his clients in criminal and civil matters ranging from the simplest to the most complex. With over 30 years of experience trying countless cases, Peter has obtained exceptional results in local, state, and federal trial and appellate courts.

Since 1997 Peter has repeatedly been recognized by the Washingtonian Magazine as being among the best lawyers in the Washington, D.C. Metropolitan area. In December 2017, Greenspun Shapiro PC was named "The Face of Criminal Defense Law" by Washingtonian Magazine. Peter has also been listed in the Best Lawyers in America since 1999 for white-collar and non-white-collar criminal defense, and has been listed by Virginia Business as a member of “The Legal Elite.” In recognition of his commitment to high ethical and professional standards, Peter has been awarded the prestigious AV rating from Martindale-Hubbell, and has received Martindale-Hubbell’s Client Distinction Award.

Peter has tried numerous high-profile, unusual and complex cases throughout his career. He is also a regular speaker and lecturer on trial technique and strategy at Continuing Legal Education (CLE) seminars throughout Virginia, and is a past President of the Association of Criminal Defense Lawyers, the Fairfax Bar Association and the Fairfax Bar Foundation. It is rumored that Peter can be seen walking near his Fairfax law firm with his office dog, a Portuguese Water Dog named Rockie.

Virginia Association of Criminal Defense Lawyers
Board of Directors
1993 - 2008

Learn about our law firm in Fairfax, Virginia.