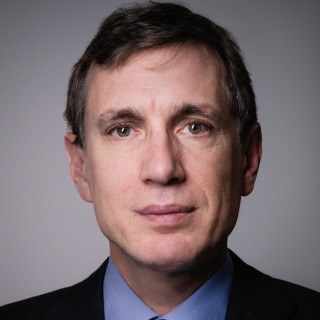 PAUL W. MOLLICA has wide appellate experience, including dozens of appeals in state and federal courts, and has often authored or co-authored amicus briefs in the U.S. Supreme Court and U.S. Courts of Appeals for such national organizations as the Lawyers' Committee for Civil Rights Under Law, ACLU, NAACP, AARP, People for the American Way, and the National Employment Lawyers Association. He is also a frequent author and lecturer (for lawyers and courts) in the area of employment discrimination. He served as executive editor on the Fourth and Fifth Editions of Lindemann and Grossman's (now Lindemann, Grossman, and Weirich) Employment Discrimination Law (BNA 2007, 2012), and the upcoming Sixth Edition, and worked as associate editor on all supplements since 1998. Since 2004, Mr. Mollica has authored the "Daily Developments in EEO Law" law blog.

In 2011, Mr. Mollica was elected to membership in the American Law Institute (ALI), a limited-enrollment organization devoted to publishing scholarly work to develop the law (including Restatements of the Law, model statutes, and principles of law). Previously, in 2008, he was elected as a Fellow to the College of Labor & Employment Lawyers. He was named an Advisor to the ALI's Restatement of the Law, Employment Law Restatement. He is also a two-term past president of the Chicago Council of Lawyers, a public-interest bar association. He has been selected as a Super Lawyer© in Illinois and has the highest, AV© rating from Martindale-Hubbell. In 2019, Mr. Mollica became a Panelist – American Arbitration Association National Roster of Arbitrators.

Illinois
Supreme Court of Illinois
Since 1986