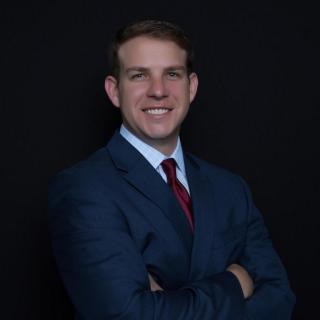 Paul Knudsen was born in New Port Richey, Florida and resided there until eight years old. He then moved to Orlando where he attended Dr. Phillips High School. At 18, he went to The Florida State University on an academic scholarship. While at FSU, Paul received numerous Dean’s List Honors and is still an avid Florida State football fan. After his graduation from Florida State, Paul moved to Jacksonville and began attending Florida Coastal School of Law. In the Spring of his first year, Paul was invited to join the Moot Court Honor Board for his appellate advocacy skills. The team was ranked in the top-10 Nationally during the time Paul was on the team. In the Fall of his third year Paul was selected to manage the team representing the school at the Moot Court National Championship held in Houston, Texas. Paul also received Dean’s List Honors multiple times while in law school, and finished in the top 14% of his class. Paul began his semi-pro legal career while still at Florida State as a summer file clerk at the Law Offices of L. Bruce Swiren in Orlando, Florida. While there, Paul sat in on numerous real estate closings as well as the creations of wills and trusts. In law school, Paul worked for Jacksonville Area Legal Aide (JALA) and provided assistance to individuals who were seeking a divorce, but unable to afford it. After his time at JALA, Paul was a judicial extern for the Honorable Elizabeth Senterfitt, a Circuit Court Judge, Criminal Division, in Duval County. While an extern, Paul drafted numerous orders and memorandums on behalf of the Judge and spent countless hours in the courtroom learning what it takes to be a litigator. Following the conclusion of his externship, Paul worked at the Law Offices of Fred Tromberg in Jacksonville, Florida as a summer associate. During his time as a summer associate, Paul drafted pleadings, demands for discovery, answers to discovery, observed depositions, and received invaluable first-hand knowledge on the ins and