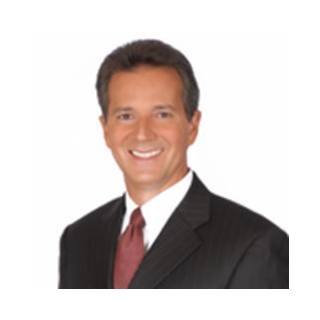 Paul Byron graduated from the University of Michigan with honors in 1983 and from the Louisiana State University Law Center in 1986. Mr. Byron served in the U.S. Army Judge Advocate General’s Corps from 1986 to 1990 as a prosecutor. He then returned to Central Florida and served as an Assistant U.S. Attorney in the Middle District of Florida for 10 years where he prosecuted complex white-collar crime, including international money laundering. Mr. Byron also practiced in the civil division of the U.S. Attorney’s Office, concentrating on medical malpractice defense and affirmative civil litigation.

In 2001, Mr. Byron was selected to serve on the International Criminal Tribunal for the Former Yugoslavia (ICTY) in The Hague, Netherlands. Mr. Byron prosecuted senior political and military officials in Bosnia and Herzegovina, Serbia and Croatia for war crimes. Mr. Byron represented the United States in a variety of international bodies, including the European Union, the FATF and the G-8.

Personal Injury Attorney Paul Byron speaks about the symptoms of carbon monoxide poisoning and its effects on the body.

Carbon Monoxide - What to do if you have been Exposed

Personal injury attorney Paul Byron speaks about what you need to do when you think you have been exposed to Carbon Monoxide.

Carbon Monoxide: What is it? Where does it come from?

Personal injury attorney Paul Byron, who handles carbon monoxide poisoning cases nationwide, explains what carbon monoxide is, its different possible sources and what to do in case you have been exposed.

Importance of Trial Experience in a Personal Injury Attorney

Importance to hire an experienced trial attorney to represent you if you or a family member has been injured in an accident, by Personal injury attorney Paul Byron.

Florida Personal injury attorney Paul Byron talks about the danger of using old tires and explains how to tell if the tire is indeed a new tire or one that has been sitting in inventory for a long time.

Florida Personal Injury Attorney Paul G. Byron explains what means to be a whistleblower, and how Federal law provides a way for average citizens to fulfill their duty to report fraud and abuse involving federally funded programs, such as Medicare, Medicaid, Educational Grants, and similar programs funded with tax-payer dollars.

Importance of Contacting a Personal Injury Attorney when Having an Accident

Orlando personal injury lawyer Paul Byron explains the importance of contacting an experienced attorney after having an accident.

Traumatic Brain Injury (TBI) Attorney Paul Byron in Orlando FL, talks about the impact that traumatic brain injuries may have on your life in the short and long term, and how a specialized personal injury can help.