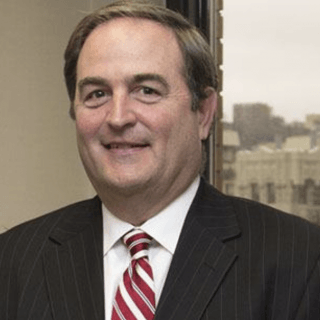 Are you Paul? Claim your profile to update. Medical Malpractice Lawyers in Pittsburgh, PA.
Review This Lawyer
Compare Save
Badges
Social Media
Biography

Mr. Lagnese focuses on representing people who have been injured because of the mistakes of doctors and hospitals. One area of special interest for Paul has been representing children who have suffered severe brain injuries at the time of birth due to the carelessness of doctors and nurses. One of his cases resulted in a $6,000,000 jury verdict against Indiana Hospital and one of its doctors when a little girl who during birth suffered severe brain damage and Cerebral Palsy because of the negligence of the doctor and the hospital nurses. Paul has also represented four other children who suffered brain-damage because of the carelessness of doctors and hospitals. Each of those cases resulted in settlements in excess of $3,000,000. In May of 2008, Mr. Lagnese obtained verdict of $2,500,000 against UPMC for the family of a 24 year old man. The jury found that the young man’s death was caused by the failure of UPMC to have properly trained and supervised a newly hired nurse. In November of 2011, in the same case, he obtained a verdict of $10,000,000 for the young man’s lifetime earnings loss. This verdict is the highest verdict in a medical malpractice case in Allegheny County. Paul has also a special interest in cases involving median nerve injuries during carpal tunnel surgery. In one case he obtained a verdict against UPMC which resulted in the payment of a judgement of $725,000. Paul has handled carpal tunnel surgery throughout the country including Minnesota, Florida, Texas and West Virginia. Mr. Lagnese has also worked on cases involving failure to diagnose a heart attack, failure to diagnose a blood clot and a botched carpal tunnel surgery that resulted in a nerve injury. All of those cases resulted in settlements. Paul has been involved in class action lawsuits involving the cost of obtaining medical records and improperly cleaned medical devices. Mr. Lagnese graduated from Lafayette College in 1983. In 1987, he graduated from Duquesne University School of