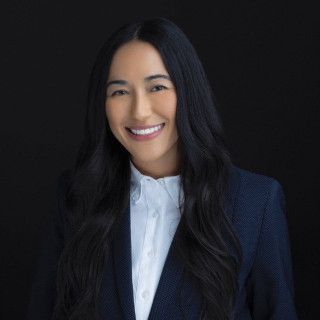 Parisa Sadrnia is a first-generation American born from Vietnamese and Iranian parents, who immigrated to the United States in the 1970's. Parisa grew up in Troy, Michigan, and graduated from Wayne State University in 2013 with a degree in Psychology and several Dean's List honors.

After completing her undergraduate studies, Parisa attended Western Michigan's Thomas M. Cooley Law School in Auburn Hills, Michigan. While in law school, Parisa received several awards and was an Academic Resource Graduate Assistant, a Teaching Assistant, an Associate Editor on Law Review, and the Editor-In-Chief of Cooley's Law Journal of Practical and Clinical Law. In addition, Parisa interned at the Michigan Attorney Grievance Commission during her second year of law school.

After graduating law school, Parisa began her legal career working as a Judicial Law Clerk for several judges. Parisa's experience at the 52-4 Judicial District Court, Oakland County Circuit Court, and the United States District Court for the Eastern District of Michigan, give her invaluable insight into the inner workings of the criminal justice system.

Michigan
State Bar of Michigan
Since 2021