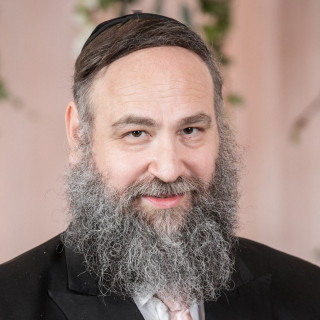 Moshe works with families to help them address their long term care needs, such as applying for Medicaid Nursing Home benefits.

Moshe began his career as the chaplain of Cedar Village – The Jewish Nursing Home of Cincinnati. His duties at Cedar Village included counseling the elderly and their families. During his tenure, Mr. Toron enrolled in the Chase College of Law, where he established himself as an award winning student. He was a member of the Dean’ s List four times and was awarded the Cincinnati Bar Association Auxiliary Award.

The Consumer's Guide to Medicaid Planing and Division of Assets
January, 2006

Q. Hello. The final piece of property from my Fathers Estate was sold. As a beneficiary I received a distribution
June 8, 2022
A: It is pretty routine to ask for an extension. The Executrix must prepare a final accounting and that can take some time. Also, a tax return might need to be filed for the profit from the sale of the house. That could be why the Executrix is holding back a small amount of funds.

Q. Vehicle options for Medicaid long-term with parent in managed care
June 7, 2022
A: Medicaid will eventually take the car sale proceeds if sold after his death. You can't add your name to the car. Otherwise, it will be considered an improper transfer and your father will be penalized by Medicaid. While your father is alive, you can sell it for fair market value and use the proceeds to buy something to benefit your father. However, the sale proceeds must be spent within 30 days. You can also keep the car in your father's name and drive it , as long as the car can still be used for your father's benefit and as long as you maintain insurance on the car.