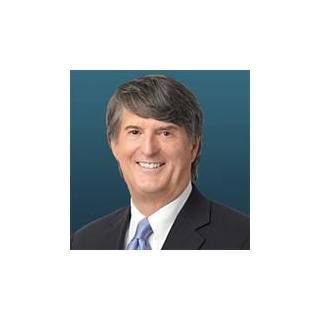 After graduating from Wake Forest Law School in 1970, Michael J. Lewis began his practice in the Triad area. Early in his career, he obtained record verdicts in several North Carolina counties, leading him to focus his practice on personal injury law and eminent domain. As a lawyer, Michael creates a special bond with each of his clients. He enjoys solving problems and finding the best answer for his clients. His clients find him caring and interested in their well being.

Since 1995, Mike Lewis has been listed in The Best Lawyers in America in Personal Injury Litigation. He has also been listed in The Best Lawyers in America in the area of Eminent Domain since 2007. He has been AV rated, the highest peer review rating from Martindale-Hubbell since 1995. From 2009 to 2012, he has been named to the list of Super Lawyers by the North Carolina Super Lawyers magazine in personal injury each year from 2008. He is an Advocate member of the prestigious American Board of Trial Lawyers and a past member of The Southern Trial Lawyers Association. He has also been named one of the Top 100 Trial Lawyers in North Carolina.
Mike Lewis

Mike is an avid sports fan with a love of basketball, tennis and dancing. He and his wife, Kathy, are ballroom dancers and have also won several state and regional mixed doubles tennis titles.

Giving back to the community is a commitment that Michael has maintained throughout his legal career. This quality made Michael vital to the growth of Safe Sober Prom Night, a community service program, started in 1991. As one of the founding partners of Safe Sober Prom Night, he gathered support from Carolina Ford Dealers and Wendy’s, to expand the program to serve ten counties and 39 high schools in North and South Carolina. In 1995, he received the Jake Alexander Award from the Governor’s Highway Safety Program