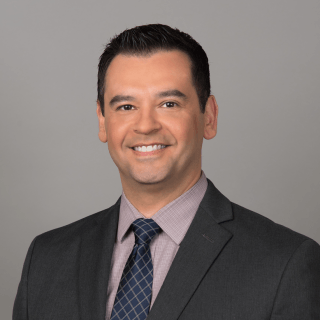 Since his admission to the bar in Massachusetts in 2001, Miguel A. Nieves has earned a strong reputation for helping people facing domestic relations issues throughout southern New Hampshire and Massachusetts. He has successfully and compassionately guided clients through all aspects of the divorce process as well as post-divorce issues.

Attorney Nieves uses patience and practicality when devising a strategy to meet the goals of those he represents. He is adept at handling matters inside and outside the courtroom. Although his goal is to resolve matters short of trial, Attorney Nieves has had numerous successful jury and bench trials throughout his career. His client-focused approach and ability to generate results are just a few of the reasons he holds the highest peer rating possible of AV Preeminent from Martindale-Hubbell and was named a Rising Star by Super Lawyers magazine in the field of Family Law.

These accolades are rooted in Attorney Nieves' experience and education. In 1997, he received a Bachelor of Arts in Philosophy and Political Science from The University of New Hampshire. He then graduated from New England Law | Boston in 2000 with a Juris Doctor. While there, Attorney Nieves was a member of the school's law review where he served as a Case and Notes Editor and had his submission chosen for publication by his peers.

Q. I'm a stay at home mom who hasn't worked in 4 years. My husband wants a divorce, my child attends school from 9-12.
February 12, 2015
A: You should receive some type of support. This is a great forum for general legal questions. However, it sounds as if you will need more detailed assistance. You should contact an experienced family attorney in your area to discuss your case.

Q. My 19 year old son is no longer going to College and recently moved out of his mother's house and got an Apt.
February 12, 2015
A: You should file a Complaint for Modification immediately if your son has moved out of the custodial parent's home permanently. It is likely he is now emancipated. However, if he moves back with the custodial parent and/or continues with college he may become un-emancipated again.

Q. Can an illegal immigrant succeed in getting a child support order against a legal resident? s s
January 30, 2015
A: The court will not take into account your immigration status. You should file you complaint for child support immediately.