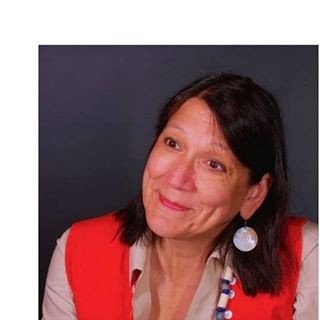 Michelle Demmert, Tlingit, Eagle, ?aax??oos.hittaan (Man’s Foot) clan is the Law and Policy Director at the Alaska Native Women’s Resource Center. In the recent past, she was the appointed Chief Judge for the Tulalip Tribes and the elected Chief Justice for the Central Council Tlingit and Haida Indian Tribes of Alaska. While the Chief Justice for her tribe, she served as the co-chair of the National Congress of American Indians’ Violence Against Women Task Force. Judge Demmert has devoted her legal career to advancing improvements and practices in tribal courts and has also worked in various capacities of advancing domestic violence protections for women and children. She has testified to Congress regarding legislation and current issues affecting women and children. She is the past Chief Judge at the Chehalis tribe and was their Presiding Judge for over 12 years while working at the Northwest Intertribal Court System. Judge Demmert worked for nearly 10 years in the Reservation Attorney’s office for the Tulalip Tribes. In that position, she served as the Tulalip Tribes’ primary point of contact for the special domestic violence jurisdiction intertribal working group on domestic violence and has presented about this process at many tribal, state, federal and university forums, including a presentation to the Department of Justice staff during Domestic Violence Awareness month in October 2015.

Judge Demmert is a graduate of the University of Washington for both her Juris Doctorate and her Bachelor of Arts in Psychology. She actively engaged in the Alaska commercial fishing industry prior to her practice of law.