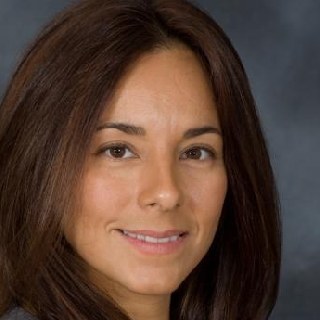 Ms. Alcalde's practice areas consist of U.S. Immigration and Naturalization Law, Complex Removal Litigation in Federal Immigration Court, Criminal Law Defense and Municipal Court Litigation. She has counseled U.S. employers on the benefits of I-9 compliance and other general business related visas, such as sponsoring and transferring foreign national employees. She has also advised foreign nationals in investing and establishing businesses in the U.S.

For the past six years Ms. Alcalde has specialized in the defense of foreign nationals facing deportation on various levels. Her experience in the Municipal and Superior Courts of the State of New Jersey makes her uniquely qualified to appropriately guide and explain to clients the immigration consequences of criminal offense charges and convictions. She represents clients in Post Conviction Relief matters related to criminal convictions for aggravated felonies leading to mandatory deportation. She appears frequently in Immigration courts on complex matters.

Ms. Alcalde is a former Municipal Court Prosecutor for the Cities of Newark and Paterson, New Jersey and was the first Hispanic female Municipal Court Public Defender in the City of Paterson, appointed by Mayor Jose "Joey" Torres. She also has been appointed by the Office of Attorney Ethics and has served as a member of the District XI Ethics Committee from 2008-2010.

Ms. Alcalde is a member of the New Jersey State Bar Association (NJSBA), the American Immigration Lawyers Association (AILA) and the Haydn Proctor Inn of Court. She is the current Chair of the CBP (Customs Border Protection) Liason Committee for AILA, which advises other attorneys on how to handle issues at the Newark Airport port of entry and communicates concerns directly to CBP head officials. She has served as a panelist for the New Jersey State Bar Association and Federal Bar Association lecturing on Immigration Law, where she has instructed other attorneys on how best to represent clients on complex issues of law combining criminal, family and immigration. Her most recent publication is "In Status and Out of Status, An Immigration Primer for the Family Law Practitioner", New Jersey Family Lawyer Volume 31 page 107 (February 2011). Her last seminar, in October 2011, was entitled "New Jersey Municipal Court Practice 102" which is a course designed to teach new lawyers a practical procedural primer in client representation before the Municipal Court.

Ms. Alcalde can be reached at:

"In Status and Out of Status, An Immigration Primer for the Family Law Practitioner"
New Jersey Family Lawyer Volume 31 page 107 (February 2011)
February, 2011