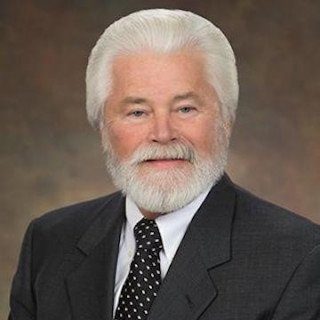 Mike joined the firm in 1974. He served as the firm’s President for six years. Mike's trial experience includes a wide range of claims, from winning a jury verdict against Ford Motor Company for manufacturing a defective automobile to obtaining a punitive damages award against a national insurance company for libel and slander. He has tried accident cases involving farm machinery, ATVs, motorcycles, automobiles, dog bites and other animal claims, as well as claims against manufacturers of defective products. He has argued numerous cases before the Wisconsin Court of Appeals and the Wisconsin Supreme Court.

Mike’s practice is entirely dedicated to personal injury. He has been certified both as a Civil Trial Advocacy Specialist & a Civil Pre-trial Advocacy Specialist by the National Board of Trial Advocacy since 1982. He has been named the top personal injury & products liability lawyer in the Fox Cities, and named one of the top trial lawyers nationally. He has also been named to the “Super Lawyer” list each and every year possible by a prominent state-wide magazine, placing him in the top 5% of all attorneys in Wisconsin. He was also named one of the top 50 “Super Lawyers” in the state of Wisconsin by his peers.

Mike has also received the highest possible national rating for legal ability & ethics by an international service. Throughout his time at the Firm, He has been a regular guest as a personal injury specialist on various WHBY radio programs. He also serves as a part-time Court Commissioner for Outagamie County.

Top Rated Products Liability Attorney in Appleton, WI - 2006-2019
Super Lawyers
2019
Michael S. Siddall is a top-rated attorney practicing in the Appleton, Wisconsin area. Providing legal representation in Wisconsin for a variety of different issues, Michael Siddall was selected to Super Lawyers for 2006 - 2019. He is admitted to practice before the courts in Wisconsin.

Who Let the Dogs Out
Wisconsin Association for Justice, Spring
2010