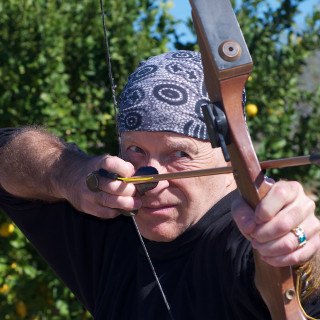 Born Columbus, Ohio, second child of the union of Bill Moore, former USAAF WWII B-17 combat pilot and nurse mother, Ellie, I great up in a household committed to social justice through my father's work as a newspaperman. I learned to write and draw using copy editor grease pencils and newsprint, and graduated to a Remington typewriter at 8 years of age. Graduating from high school, I enlisted in the USAF, served overseas as a communications intelligence analyst, and eventually found my way to The Ohio State University, where I took an undergraduate degree in anthropology followed by a law degree in 1979.
As a solo practitioner nearly my whole career, I have had the opportunity to focus on cases of importance to me. The last two decades have been devoted to employment and civil rights litigation. I am gratified that my cases have resulted in not only good results for my clients, but the advancement of the protection of law, particularly in the areas of overreaching by children services agencies and law enforcement.
Some representative verdicts and settlements are: (1) $1.25 million for husband and wife who were seized by sheriff deputies out of their home responding to a 911 call from a deranged caller; (2) $417k verdict for college adjunct instructor denied a full time position because he placed anti-abortion literature on public boards around campus; (2) $300k settlement for husband falsely accused of child sexual abuse by school district after he complained of mistreatment of his daughter.

Closing argument in Gilson v. American Institute of Alternative Medicine. Verdict for Plaintiff Tamar Gilson in the amount of $125k plus $10k in punitive damages and an award of attorney fees in the amount of $70k.