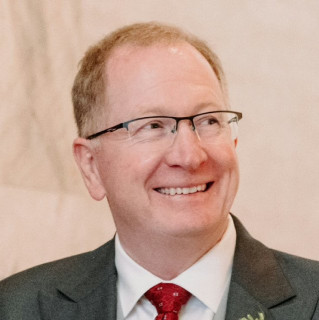 We bring over three decades of experience and professionalism to every case and customize our support to your individual needs and concerns.

After graduating with Honors from Washington & Lee University, Mr. McFadden received his Law Degree from Villanova University. Upon graduation Mr. McFadden passed both the New Jersey and Pennsylvania Bar exams and completed a 1 year Judicial Clerkship in the Atlantic County Superior Court. Mr. McFadden served as the Chair of the Office of Attorney Ethics of the Supreme Court, District 1 Fee Committee from 1997-2000. In 1999, Mr. McFadden attained the distinction of a Board Certified Civil Trial Attorney by the National Board of Trial Advocacy. To qualify Mr. McFadden met the extensive experience in civil litigation and met rigorous objective quality standards. Mr. McFadden has published several articles while Assistant Editor of the trial magazine, The New Jersey Trial Lawyer.

Founding Partner and Attorney
The Law Offices of Michael K. McFadden, LLC
1999 - 2021
Arbitrator in the program authorized under N.J.S.A 39:6A-5.1 for the New Jersey State Department of Banking and Insurance.

Certification in Civil Trial Law 1999-2004
National Board of Trial Advocacy
Certification requirements include, in part, actively participated in one hundred additional contested matters involving the taking of testimony, including at least forty-five days of trial, and pass a written examination to test proficiency, knowledge, and experience in civil trial law.

Q. Interstate: California has Jurisdiction over divorce, filed first there. NJ just issued a dissolution. Where do I start?
March 29, 2021
A: A resident of New Jersey can file a divorce complaint in New Jersey. The only requirement is that the Plaintiff was a bona fide resident of the State of New Jersey for more than one year. Both New Jersey and California are signatories to the Uniform Child Custody Jurisdiction and Enforcement Act (UCCJEA) which discusses which state is in the best position to address child custody and parenting plans. Absent orders on the issue the State in which the children have resided in for the past six months is usually designated the home state, and best situated to make decisions concerning the best interests of the children. More than one State can have jurisdiction in a Divorce case. As a general rule in New Jersey, you cannot secure a divorce until all issues are addressed by agreement or trial. There are various Court rules that address contesting Court orders. The applicable rules depend on the date the order was entered, the procedural history that led to the order as well as the issues addressed. Addressing the merits of an New Jersey order should be pursued in New Jersey. Most all remedies have time limitations so you should retain a lawyer in New Jersey to address your case specific issues without delay.